A Whole New World: A Twisted Tale by Liz Braswell

Every happily ever after seems to rest on one moment for everything to fall into place. But what if Aladdin hadn’t gotten away with the lamp, a priceless treasure that now rests within the High Vizier Jafar’s grasp? What if the streets of the sultanate had been rendered a battlefield for one man’s lust for power? Braswell delves into the heart of Agrabah, enlivening the tale you’ve only ever dreamed about--only where everything you know about the classic story has changed.

Given, not everything. The story unfolds first with the beloved setup of our favorite Street Rat thief and monkey out at market, pilfering for an apple to eat, and up to Aladdin entering the spellbinding Cave of Wonders. In fact, it’s assumed, perhaps rightly, that you know exactly what the author is talking about. Descriptions come lightweight, while those Braswell’s own do glisten like nighttime sands across the desert. The first half of the book sweeps up briskly, until somehow Jafar in disguise flees from the Cave triumphant, caché genie in hand.

From there, the book dances cleverly about a new thread woven to the classic fabric, as titularly suggested; but while Braswell attempts to tint the tale we know so well, the caricatures don’t all add up. The golden animation of Disneyland anon, Aladdin’s hearty chivalry and Jasmine’s sincerely existent naivete fall flat of page-turning magic. And although each character strives loyal to its origins, nothing too new seems to threaten the status quo for an adventure that the thickly glossed cover so promises; newer additions to the gang don’t press too hard either. So seemingly must remain the limits of (even quality) fanfiction. The sultan declares an end to this whole new world. 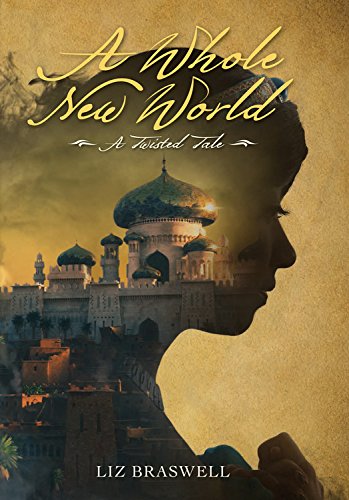