The Hanada's were a Japanese family, living in White River Valley when the attack on Pearl Harbor came. As you can imagine the attack on Pearl Harbor gave the Hanada's nothing, but trouble. First, Joseph Hanada's dad got taken away after he gave Josephand Michael journals to write in. Then, somebody made a hurtful cartoon about Joseph at his school. Something the whole family was hoping not to happen was going to happen. They were going to a concentration camp at somewhere called Tule Lake. The only good thing about going to Tule Lake was that a lot of their friends were going, including Joseph's friend Mae. On the way to Tule Lake Joseph and Michael met a soldier whose name was Sandy Farrow, but they called him Sandy. Sandy called Joseph Mr. Twain. When they got to Tule Lake they noticed there wasn't any sign of a lake there. They were assigned to a barracks. Days went by and Mae came over every once in a while to play marbles with Joseph. Also they got letters from Joseph's dad. Joseph wrote in his journal every once in a while. One day Mae and Joseph were playing marbles and they saw something sticking out of the ground where they were playing, they found out it was a shell and found out there was a lake there after all. A couple of months went by and all of the sudden Michael and Joseph's birthdays have come and Michael was finally sixteen and able to go into the army. After that the Hanada's found out that Mae's family was leaving because they had gotten a sponsor. A couple of days passed until they received a letter from Michael saying that he had been assigned to the 442nd regimental combat team. They received another letter saying he was coming to visit for a couple of days. After Michael left, Joseph's dad came home. They received another letter from Michael saying that he was going somewhere, but couldn't say where because it was a secret mission. A couple days later two soldiers came and Joseph had a feeling why. After Joseph got his family the soldiers said that Michael was killed in action in the Vosges Mountains of France while trying to rescue a battalion. A couple of weeks passed and they received a letter from Mae saying that they have found a sponsor for them and that they were finally going to get a home.

I like this book because it has all kinds of emotions in it such as, sadness, happiness, lonesomeness, and angriness. I also like it because it tells how war was like. 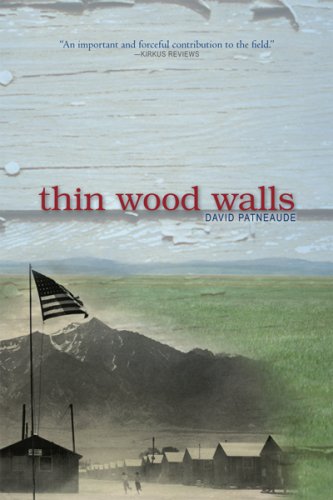