Favorite Quote:
"I wanted to lie down with those words and rise up speaking a new language"

It’s an undeniable fact—systemic and internal racism still exists across the world and especially in America. It’s not imaginary. It’s not a thing of the past. Contrary to popular belief, the Civil Rights Movement was not the end to all racially-driven discrimination. Racism exists and thrives in our world, whether we choose to acknowledge it or not.
In the novel “Americanah,” Chimamanda Ngozi Adichi sheds light to the internalized, embedded racism that still drives the actions of Americans through the alternating points of view of Ifemelu and Obinze, highschool sweethearts who emigrate from Nigeria in order to escape the terrorized education system plagued with frequent teacher strikes. Ifemelu leaves behind everything familiar—from Obinze to the African Culture—in search of an American education. A few years later, Obinze is denied access to America, but manages an indefinite stay in Britain.
Their disenchantment comes quickly. No one will hire them because of the color of their skin. Eventually Ifemelu is forced into an incident of prostitution just to make enough money for basic living conditions. This dip in morality weighs on her so heavily she considers suicide. Meanwhile, Obinze is denied every job other than janitorial work and must consider a fake marriage to avoid being deported.
The two must cope with the loss of each other and the loss of their basic human dignity. Through the powerful stories of these two memorable characters, Adichie gives a powerful, imperative wakeup call—the war on racism is nowhere near over. 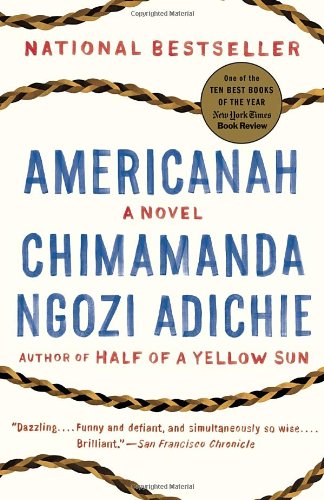