The Godzilla and Kong franchises are some of the biggest action movie franchises of all time. Ever since their debuts, their iconic status has been so strong that everyone has at least heard of these legendary monsters once, whether they're cinephiles or not. Nowadays, the “Monsterverse," a shared universe of movies based around the monsters of Godzilla and Kong, has been really successful by raking in millions of dollars in the box office. The newest film of the Monsterverse franchise is this review’s subject: "Godzilla vs. Kong," the film that the previous films have been building up to and people were very anxiously waiting for. Unfortunately, while it has its merits, it’s also nothing short of disappointing.

Apex Cybernetics, a powerful company headquartered in Hong Kong, wants to get to a location called Hollow Earth. Because of this, a geologist and Hollow Earth theorist named Dr. Nathan Lind (Alexander Skarsgård) is visited by the CEO of Apex, Walter Simmons (Demián Bichir) for advice. Lind believes that Kong will guide them to this location, so he decides to convince Ilene Andrews (Rebecca Hall), a scientist who worked closely with Kong, to let Apex use him to find Hollow Earth. Throughout, they discover multiple obstacles, but the biggest of them is the mighty Godzilla. The confrontation between the two beasts launches an intense conflict and a battle for the ages. Easily the best thing about the film is its visuals, but more specifically its effects.
The budget was around $155-200 million U.S. dollars, which completely surprisedme, because the amount of detail in the environments – and especially the monsters themselves, like Kong’s fur – look incredible, especially compared to other blockbusters with a higher budget. Despite the fact that the color palette is bland most of the time, there are scenes that take place in Hong Kong that are really pretty and colorful. I also appreciated the sound design, as it was incredibly impactful and helped me get more immersed with the screen.

At first, both the visual effects and the sound were able to make the action scenes a ton of fun to watch. Why only at first? The action scenes were well made for the most part, but they started to get tiring after a while. The film always feels like it’s trying to be very loud and showy. While that should work for a blockbuster as big as this, and sometimes it does, it just comes off as obnoxious at times. The editing seems to contribute to this. During the action scenes it can be very hyperactive, making the action scenes more annoying. A lot of these issues can be blamed on the director himself, Adam Wingard. He does a good job directing most of the human scenes, but when it comes to the big action scenes, there is room for improvement to be more engaging and less draining. Speaking of the human scenes, despite those scenes being mostly well-directed, the writing is really weak. The main story is interesting in concept, but feels dull in execution because of the direction. There are a lot of ways to make this story exciting, but not a lot is done with it. As I was leaving the theater, I was asking myself “What was the point of the entire thing?” If there was a point, it wasn’t communicated well. I also found certain plot points and a twist very conventional and cliché, making the film more predictable. There was also a subplot involving teen characters that served somewhat of a point, but it wasn’t very engaging. It honestly felt like the film was trying to appeal to the teen audience instead of making something interesting. To me, the biggest issue with the film is its characters. None of the characters are annoying or awful, but most of them aren’t very likable, interesting, or fleshed out. I’ve already mentioned that the teen characters didn’t work well, nor were the attempts at humor very funny, but the main characters are probably less interesting. Dr. Lind doesn’t have much of a personality and the same goes for Ilene Andrews. The only exception are scenes with Ilene and Jia (Kaylee Hottle), a deaf little girl and the adopted daughter of Ilene. Jia is probably the best character of the film, as her friendship with Kong is at least interesting and gives some emotional weight to the film. However, her connection with Kong isn’t as fleshed out as it could’ve been, and she comes off as a plot device at times rather than an intriguing character. None of the other characters were all that interesting either, and since I wasn’t able to get engaged with any of them, the tension felt weak and made the experience even more boring than it already was. "Godzilla vs. Kong" is style-over-substance popcorn fluff, which should work for a film like this.

Unfortunately, that style wears off quickly and the film becomes competent and visually interesting yet overall forgettable and unrewarding. By no means is it a torturous film; you can watch it and it will hold your attention for the time being, but it does nothing special enough to stick with you after the credits roll. If you’re really excited for it, then go see it and don’t let me stop you. But if you’re already not even remotely excited, then I don’t recommend it. 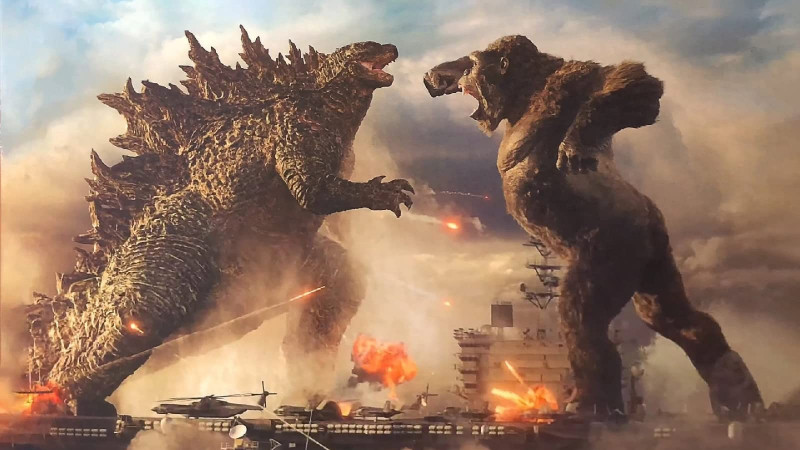 Daniel Rumi Ajani has been a film buff since he was very young. Growing up in a household of writers and speakers, he quickly realized that movie reviews were mainly written for adults. He started writing movie reviews with a younger audience in mind, primarily teens. He has writted reviews from movies in the 30's, to the latest flicks. Daniel lives in South Floride and aims to go to college, with interest in film making and journalism, when he graduates from high school.