Christopher Nolan has an art for creating movies which are masterfully crafted, where no matter how difficult the plot is, the movie still ends leaving the viewer astonished. This was demonstrated in Inception, Interstellar, Tenet… and also Dunkirk. I experienced the same feeling I had when watching other Nolan movies as I watched Dunkirk, which surprised me; after all, Dunkirk is a true story based on historical events. I always thought that it would be inherently more difficult to create a mind-bending plot based on history, yet that was what Nolan did.  His signature style of finding positivity in the darkest of themes once again shines through.

The movie focuses on three different perspectives, all of which have a theme of leadership and bravery. The first shown is of a soldier, and this tale narrates the survival of the boy. He faces hardships and is forced to endure through the relentless despair around him, yet still holds true to his morals and sense of camaraderie and does not give up his quest to survive. The second shows an old man and his son, along with a young boy who accompanies them. They travel across the English Channel with the intention of rescuing the hundreds of thousands of soldiers trapped at Dunkirk beach. They, too, come across issues and know that they will be entering waters of danger, but never think to turn back. It is later revealed that the eldest son of the old man died as a pilot earlier in the war, which makes his determination all the more fulfilling. Lastly, there are the perspectives of three fighter planes of the British Army. They all know that the journey is likely one of no return, yet they protect their own soldiers through intense battles with the German Air Force.

The beauty behind Dunkirk is how these three tales all come together in the end. This is a fact that is alluded to at the beginning, though not very clearly. The viewer is given three locations pertaining to each respective perspective with a seemingly random time: the first is “the mole, one week”; the second is “the sea, one day”; and the third is “the air, one hour”. Later, we realize that these are all how long before a certain point in time -- which is, presumably, the moment that all three perspectives converge.

Each of these perspectives had their own purpose. The boy’s story is what the movie revolved around, and it showed that sometimes, survival was enough. The story of the three on the boat is of the importance of the common man doing what he can: this boat ended up saving over thirty lives, including one of the pilots and the boy. And finally, the three fighter planes, which provided cover for the ships, and indirectly saved hundreds, if not thousands of lives.

I believe that the sound design, as well as the score, was a big part of the movie. The score was provided by none other than Hans Zimmer; and he did an excellent job. The ominous vibe of the music showed the helplessness that the soldiers felt, and the slow, large progressions were representative of the gravity of the situation at Dunkirk. However, the most fascinating part of the sound design came from Zimmer’s choice to use an auditory illusion known as a “Shepard tone”. A Shepard tone gives the illusion of a scale going constantly upwards, when played in a loop. Nolan himself has confirmed that much of the score is based around the Shepard tone, intentionally created so as to ensure that the viewer is on the edge of their seat.

Aside from the terrific quality of the movie in terms of filmmaking, the history of it is also amazing. Often referred to as “the miracle of Dunkirk,” an estimated 300,000 British and French soldiers were saved from the beaches at the French city. To state this as a victory is misleading; rather, this was the blunder of the Germans. It has been hypothesized that the Germans could have won the war if they had simply applied more pressure upon the mole -- a sort of long, narrow dock where all the large ships had to be boarded from --- and prevented the soldiers from escaping. This would have had a direct effect upon the Battle for Britain, which came directly after the event at Dunkirk.

On the whole, Dunkirk can be enjoyed by both war buffs and regular movie-watchers. It showed not the incredibilities of war such as Hacksaw Ridge, nor the brutal reality of it as in Saving Private Ryan; instead, Dunkirk did nothing to glorify war. In fact, it did not even determine one side as “good” and the other “bad”. Showing events as they happened, Dunkirk encapsulated that war was at times dull, unfair, and about survival. The theme that a living soldier is infinitely more helpful than a dead one was made clear in this movie. Even though many soldiers felt that they were acting in cowardice by retreating, their survival -- aided by all the small boats which arrived at their rescue, and the fighter planes which gave them cover -- was what decided the war. 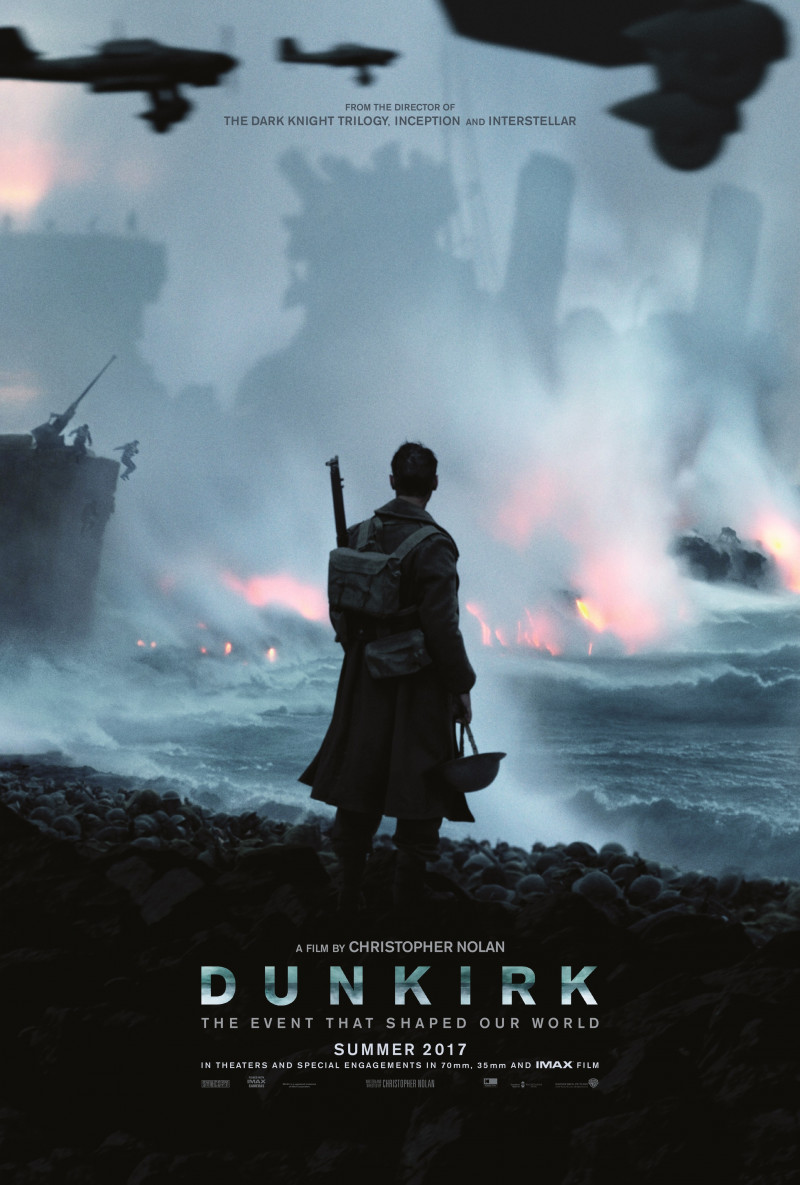 I am an avid enjoyer of the war genre, and Dunkirk stood out to me.

Favorite Quote:
"The oldest and strongest emotion of mankind is fear and the oldest and strongest kind of fear is fear of the unknown" H.P. Lovecraft
"All the world is a stage. And all the men and women merely players. They have their exits and their entrances and one man in his time plays many parts." William Shakespeare

View profile
I really enjoyed reading your review. Although normaly this genre is not one of my favourites your text really made me want to watch the film especially because it is based on true historical events and I quite like that. I thought that you really did your research, and that is something I apreciate.