Pirates of the Caribbean: Curse of the Black Pearl | Teen Ink

Pirates of the Caribbean: Curse of the Black Pearl MAG

The risk certainly paid off for Disney when it decided to take a classic amusement park ride and turn it into a movie. When I saw the preview I couldn't help thinking that “Pirates of the Caribbean” was never going to make it. It sounded like just another cheesy horror film, however I was wrong.

“Pirates of the Caribbean” is filled with action, plenty of punch lines, and multi-dimensional characters. The script is witty and has a good story line: Pirates who cannot die and are therefore able to pillage and plunder anywhere they like. It seems like a life of bliss, yet through a series of hilarious scenes the downsides of being immortal are revealed.

After seeing the movie, my immediate praise went out to Johnny Depp. He took Captain Jack Sparrow, added a bit of himself, and created an extremely loveable character. Everything from the impeccable British accent to his simple stance made the movie that much better. Depp truly stole the show.

Another standout was Geoffrey Rush as Captain Hector Barbossa, the proud mutineer who steals Jack's ship. Rush adapts to his character perfectly and brings out Barbossa's strong personality. Orlando Bloom and Keira Knightley (both fairly new to Hollywood at the time) wonderfully portray the twisted love story with a touch of humor.

Overall a spectacular movie with priceless actors, this is a must-see for anyone who enjoys action, comedy, and romance. 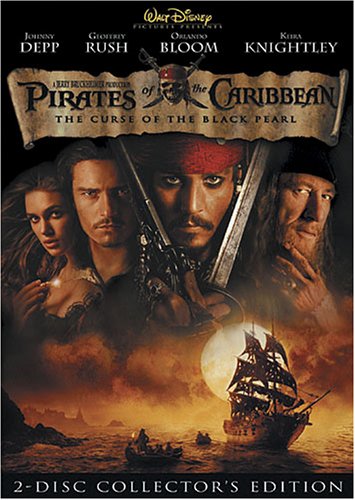 View profile
love this movie, especially johnny depp :) i could quote most of the movie to you, and laugh every time i watch it!
thesilverrose BRONZE said...
on Dec. 5 2009 at 1:13 am
thesilverrose BRONZE, Richardson, Texas
1 article 0 photos 51 comments

Favorite Quote:
"Three may keep a secret, if two of them are dead." -Benjamin Franklin

View profile
Great review. Very well written. Keep up the good work. I absolutely love this movie. I could watch it like... every day and not get tired of it. I love Captian Jack Sparrow. OMG!!! No one, but Johnny Depp could have played a better Jack Sparrow. :D