Following Titanic’s release you might have been wondering what director James Cameron has been up to for the past twelve years. Well, at least I was, and the answer to that question is this: Avatar. A movie literally a decade in the making, about a crippled marine named Jake Sully, whom is given a shot to pilot a synthetic body in order to infiltrate an alien species on an alien world called Pandora. The movie, like its predecessor on Cameron’s film resume makes use of the most advanced technology in film-making ever seen. Making use of advanced animation and motion capture, as well as a bunch of things I don’t know about, the movie is an achievement of visual bliss. So color me excited when I first saw the trailer in theaters and was given a date to look forward to. There was one worry in my mind and that was the generic story that was presented in the trailer. But I tossed those views aside in lieu of a better one; this was James Cameron, the man behind Terminator 1&2, Aliens, and to a lesser degree The Abyss. So story issues were the farthest thing in my mind. Unfortunately I was wrong.


The film begins with an introduction of Jake Sully. The film quickly establishes him as a simple man, crippled in combat, called in to replace his dead brother in piloting a synthetic body of the native alien culture. The task... Infiltrate the native community and gain knowledge of there infrastructure. Long (and I'm not exaggerating with that word) story short, Jake (in the avatar body) begins to fall in love with one of the natives and he begins to grow attached to the world of Pandora. Unfortunately there is a big, bad corporation hovering over everything, mining for resources, and they want everything not human dead. The reason... Well somebody has to be the bad guy, and Colonel Miles Quaritch (Stephen Lang) fills the role with pleasure. The character is so unambiguously evil it’s really hard to take him seriously, especially when the movie pretends he’s not. There is literally a scene were he gives a speech to a crowd of marines that could have come from a comic book villain. It hurts the film even more because you know that a guy like that cannot win in the end and for three hours it is just a wait for the good guys to win. James Cameron's decision to draw a bold and solid line between what is good and evil is the movies glaring flaw, and it cripples the film significantly. Cameron's unwillingness to give a more objective look to both sides, and fully develop each motivation makes the film feel simple and clichéd. I might have been a bit unforgiving when I said the evil corporation didn’t have a reason to be the bad guy, they are actually motivated by the rare resources found within the Na’vi’s home. That right there could have been the perfect way to set up a moral dilemma between the two cultures. Humans need the resources to save there planet and the Na’vi don’t want to give up there home. Who deserves the right to the resources: Men from a dying world or beings with a spiritual connection to them? And does that leave Jake, who belongs to both. A lot more could have been done to make the story feel more original. Especially when the film lasts around three hours, three hours filled with a long winded focus on the Na'vi's connection with nature. Though the side he focuses on is a fascinating one, if only visually. Cameron creates a world that breaths with life, from huge alien rhinos, to trees able to connect with souls, the world is appropriately alien and intriguing, plus the glossy visuals that accentuate every detail of the Na'vi's world. After a while I found myself easily immersed in Pandora. Sadly this works against itself as I found myself, on multiple occasions, wishing that the movie was more about the world then the characters that inhabit it. However there other problems with the story. First, is Jake's strange courtship with Neytiri. Let me explain: Neytiri (Zoe Saldana) finds Jake in the avatar body and instead of being completely repulsed by the strange abomination of their race; she embraces him and falls in love. Then when the inevitable “betrayal" happens she is shocked and hurt. What did she expect from a human in a Na'vi body? And did she even know he was human? The movie skirts the issue and never really gives a satisfactory answer, almost as if it doesn't know itself. And seeing how it’s so central to both of their characterizations, it should have been addressed properly. Another problem, the movie spends around two hours rehashing the same plot point, the Na'vi are a peaceful, tree-loving race connected to nature (though in a more literal way then you expect) and everyone else is bad, save for the three human protagonists.


The movie begins to show its potential greatness in, unfortunately, the smallest of places. The character of Jake himself is quite intriguing and fact that he falls in love with the world of Pandora isn't as ham-handed as it sounds. Jake is a paraplegic and the use of the avatar body gives him a sense of freedom that he hasn't felt sense, well, he had legs. Of course this isn’t explained in the movie and can only be inferred from an opening monologue (video dairies) by Jake, but it is a brilliant insight into the character and shows Cameron's ability to enter the heads of his characters, something he showed abundantly clear in Aliens and Titanic. One last thing that kept me from hating the movie completely was its ending... I won't spoil it I'll just say this; this movie made a ridiculous amount of money and a sequel is definite. Actually a sequel was planned well before its record breaking numbers, so I look at this movie as nothing but set-up, and if that's the case then its sequel could have some legitimate potential. The world is established so it won't have to spend about half of the movie’s length setting it up leaving room for improvement in characterization and smooth out some of the rough spots that made this movie's story so flat.


The best thing that I can say about Avatar at this point is that it sets up a better sequel. That’s not to say that this movie doesn’t have its points of merit, where it does some things very well. It also sets the new standard for visual effects, but so did many others this decade and at this point leaps in technology needs to accompany a good story. Hopefully its inevitable sequel will deliver on all its initial promises and redeem this very, very talented director. 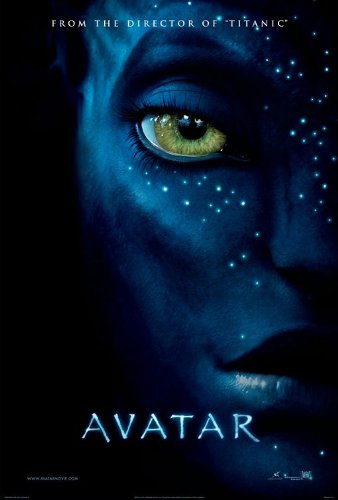