Crazy gun action and intense scenes, the perfect formula for a great action packed film. Directed by Russian born Timur Bekmambetov this is an automatic action classic. The movie opens with a very unhappy service representative named Wesley Gibson (James McAvoy), standing amongst a party for his evil boss. He describes his down on his luck life of a dead end job, a cheating girlfriend and a backstabbing best friend. The scene then changes to an intense gun fight with supposed gang members. The man killed is said to have been Wesley’s father who left when he was a week old.
At the pharmacy, Wesley picks up his prescription of anxiety meds and meets Fox (Angelina Jolie) and is then yet again in another gun fight. Wesley is knocked out amongst the chaos. He awakens and finds himself in the mist of severely trained assassins, assassins of fate. He is lured into the world of kill or be killed. He is trained as well to kill the man who killed his father. He is said to be the best.
This movie from start to finish grabbed my attention and never strayed to boring. Every scene, whether short or long, captivated your mind with its crazy plot and action. The actor Morgan Freeman, known as Sloan is the ringleader and focuses you to the film. This film would be praised by any action lover. 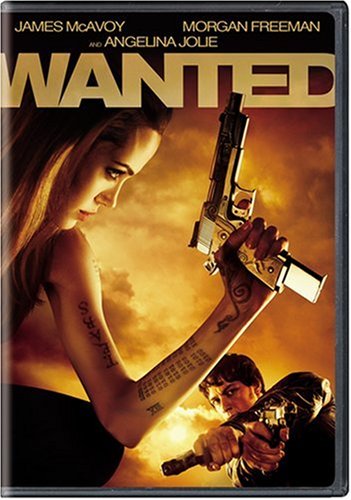