Les Misrables, in my opinion, cannot really be described very well with words, only seeing it will show you how amazing it is. Although it was not, and could not possibly be anyway, book accurate, as in, they left out a lot, but the music and the actors captured the essence and spirit of Victor Hugo's book more than any other version. It is the story of a man named Jean Valjean, who stole some bread and was thrown in jail. He is released on parole, and is stirred by the forgiveness of an old priest to being a man of God. Much of the story focuses on a woman named Fantine, played by Anne Hathaway. She worked for Jean Valjean, but was fired by the foreman because she had a daughter, but no husband. She becomes a prostitute. When she dies, Jean Valjean feels responsible to take care of her daughter, Cossete, while dodging his enemy, the Inspector Javert, played by Russel Crowe. As I said before, words cannon describe how amazing this movie is, but I can say that it is well worth the time to watch. It is the movie that finally shows Hugh Jackman's (he's the actor for Jean Valjean) genius. I would definitely recommend this movie to anyone and everyone. 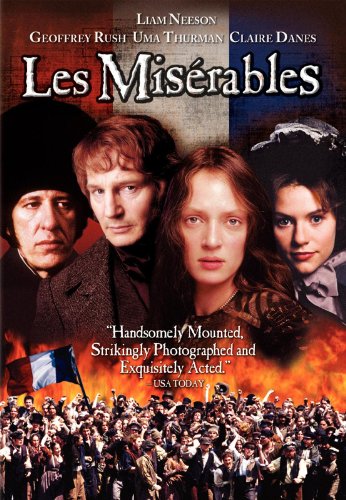 View profile
Amen on all counts. The movie was incredible. I haven't read the book, but I will before too long. Have you ever seen the musical the movie was based off of? There's this incredible 10th anniversary concert edition on youtube; some of the best voices EVER.