Is the future set? Are any attempts to change the course of History merely ripples on a swiftly moving river; righting itself no matter what you do? This movie is filled with interesting themes such as this, making it, in my opinion, the best Marvel movie ever created. More sci-fi than super-hero, this movie featured an all-star cast including: Hugh Jackman (of course), Ian McKellen, Meachel Fassbender, James McAvoy, and Peter Dinklage (Game of Thrones, Prince Caspian) as Bolivar Trask. The movie is directed by Bryan Singer (The Usual Suspects, Superman Returns, X-Men, X2), who returned strong after directing X2: X-Men United, for which he was replaced in the third movie in the trilogy. He did a marvelous job in this movie, especially as the story line takes place in several time-lines like The Usual Suspects, and Singer is good at making it flow smoothly.

Now, the story starts in 2023, where the world is ruled by the corrupt, and both Mutants and Humans are being hunted down and killed by high-tech robots called Sentinels. The robots have special abilities that allow them to handle any Mutant they're confronted with, no matter how powerful they are, though it would ruin the movie if I told you what the abilities are, and where they got them. The X-Men; now limited to Ice-Man, Colossus, Blink, Warpath, Shadowcat, Storm, Wolverine, Magneto, and Professor X, have been surviving only because of Shadowcat's new-found power. You may know Shadowcat better by the name she goes by in the Trilogy: Kitty Pryde. She is played by Ellen Page (Inception), both in this movie, and X-Men 3. Her new power, besides being able to walk through walls: the ability to send someone else back in time. When the Sentinels attack, she sends Warpath back in time a few hours to warn them of the Sentinel's future arrival. After the latest attack, Xavier and Lehnsher decide on one last go-for-broke attempt to stop the Sentinels. They must use Kitty's power to send someone fifty years back, to 1973, to stop Bolivar Trask, the creator of the Sentinels, from dying. Let that startling piece of info drive you mad for a while.

Continuing; the only Mutant who could survive being sent back that far without having his mind snap, is of course, Wolverine, the Mutant who can regenerate wounds almost as fast as they happen. The rules of time-travel: any changes you make back in time only become part of History once you wake up. Principles of time-travel: Kitty sends the traveler's consciousness back into his past body.

Now things start to heat up. While Wolverine is back in time, the other X-Men will be vulnerable to attacks from the Sentinels, and they won't be able to to reverse time by sending Warpath back to warn them.

And so, as I can't give away much more than this, Wolverine must travel back in time, convince young Xavier (James McAvoy), Beast, and young Magneto (Michael Fassbender) to help him stop the Sentinels from ever being created. Mystique (Jennifer Lawrence (The Hunger Games)) plays a key role in the movie, though her connection cannot be revealed without spoiling it.

Though it sounds like a typical time-travel movie, I assure you, it is well worth the time to watch, and will always be remembered as at least the greatest X-Men of all time. 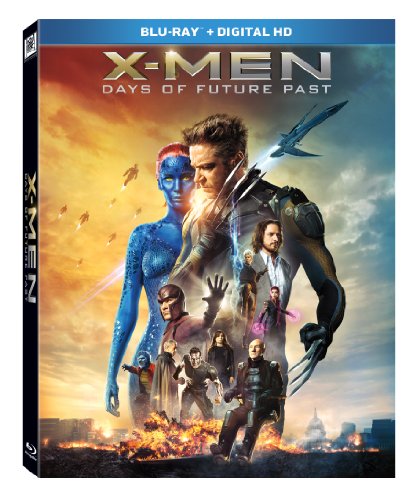 View profile
I don't think you have. I have eight pieces out, though; take your pick:) Thanks!
IMSteel BRONZE said...
on Dec. 16 2015 at 6:22 pm
IMSteel BRONZE, Wallhala, South Carolina
2 articles 0 photos 128 comments

View profile
Thank you, that was my intention, I'm glad it came through the way I planned. Have I critiqued any of your work? If not, I'll be happy to at the earliest convenience. :)
CNBono17 SILVER said...
on May. 13 2015 at 9:03 pm
CNBono17 SILVER, Rural, South Carolina
5 articles 0 photos 248 comments

View profile
Haven't seen the movie yet; love how you give away enough to leave the reader (potential viewer?) salivating, and yet give away nothing. Inserting evil laughter on your part would be appropriate here. Love it!