Although the Loki and Chitauri threat are banished from Planet Earth, S.H.I.E.L.D. is far from off its toes. And as Steve Rogers tries to adapt to the world he once knew, S.H.I.E.L.D. has some big plans to change it. No one is who it seems as Rogers finds out H.Y.D.R.A. has actually not been destroyed, thriving secretly under the cover of S.H.I.E.L.D. for years. And there is nothing to prepare him as he comes up against his greatest match of all, the Winter Soldier.

I’ll start off with there are virtually no Marvel films like this one. Slick, edgy, there is a darker undertow underplaying voracious fight scenes and witty comebacks to this Marvel cinematic classic. And most importantly, to contrast predecessor Captain America: The First Avenger and even Marvel’s The Avengers, we experience Rogers in a starkly modern environment. He faces not the dangers of the unknown and dazzling from the world of Thor: The Dark World, nor the techno-psychotic phenomena of Iron Man 3. Instead, it’s the determination of a self-justified, man-made, parasite organization emerging to pick off, in essence, any possible threat H.Y.D.R.A. sees…millions at a time. Which turns out to be even scarier.

In this film, Rogers is delved into deeper, and we discover a hero who has not only faces becoming obsolete, but new times and new rules of the game. Romance plays the subtle card, but Black Widow supplies us with humor in trying to get Rogers back into the world by finding him a new love interest.

As for Rogers himself, he is shoved a new flavor of ‘freedom,’ forcing him to decide where he now stands. Joined by his few allies in a dance of amounting odds, it’s a field so politically mobile (and successful) Rogers becomes super soldier of the box office. It also, inevitably, makes us recount just how little we know, as well, about these amazingly powerful things those in power strive to keep secret—and if that is really the freedom we preach.

A political thriller preceded by none, Captain America: The Winter Soldier is not to be missed. And not only will it take your breath away and freeze your wits, it will force you to keep both eyes open. 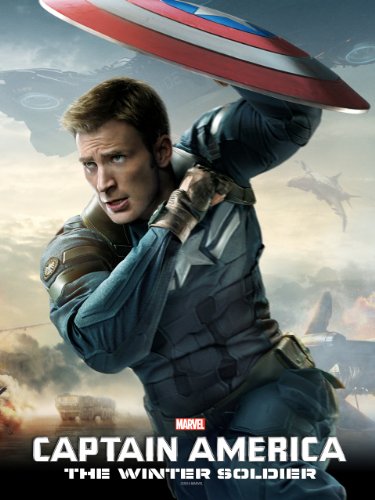 Sorry about the late articles. Meant to post last week, but didn't get around to it. So, in honor of that laziness, this week has a double issue: check out "THH: Feminist, Not A Man-Hater" as well!