In the Communities, Jonas (Brenton Thwaites) faces among other sixteen-year-olds a life-changing milestone, the Choosing. On that evening, his life will be forever altered in that his job, his purpose in life will be determined. But when he is mysteriously selected as the next Receiver, Jonas discovers all is not what it seems; in fact, much has been extinguished to emulate Sameness, or a world apart from the prejudices and terrors of before. Yet with that, all that once made Life beautiful is stifled; excitement, joy, true love. And inspired by the Giver (Jeff Bridges) of these past memories, Jonas sets out to make things right again.

Chances are you’ve already heard of this movie; based on a children’s book published in 1993, Lois Lowry won a Newbery Award for it. (Subsequent in the quartet are “Gathering Blue,” “Messenger,” and “Son.”) Unfortunately, it also sets the standards unrealistically high—Rotten Tomatoes slides in with a 36% rating and a whopping 6.5 from IMBD. It’s because fans of the book have had more than 20 years to make the movie in their heads, and have returned to smash it at box office. Though that’s not completely unfair: as the book is written with much space left between the lines for interpretation.

The topic itself touches an extra challenge as well. Written for lovers of almost Bradbury-esque social sci-fi, one could argue the film sweeps in all the Big Words of the Futuristic, Conformity, and hmmm, Communism? Moving Jonas’s age from 12 to 16 has also spurred adapters of the film to touch it with romance. (Thankfully, I can assure any horrified readers that’s nothing premier propaganda has turned it into.)

Which is another say towards the true identity of a piece of art, well done. I personally found the movie transfixing, my favorite scenes when Jonas is given inspiration before his journey, and memories of 21st century accomplishment (rallies for a better world) fly across the screen. You just have to forget all the buzz to be able to see it in your own eyes first. The film also gave me a sleepless night thinking over a blaring societal statement, one that transcends even individual characters. It yet achieves uncanny maturity in personifying hope in a baby (yes! Not a battle), and exploring love in its ultimately dimensional form. Thusly, this movie is much more than what it may seem; and as much as The Giver receives, it gives as well. 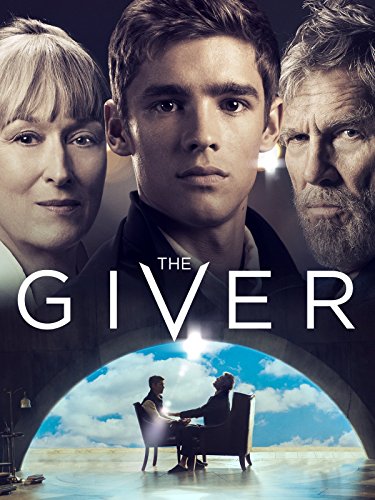