You and I haven’t been waiting with jaws dripping for three years for nothing. Joss Whedon delivers a phenomenon that exceeds all expectations and smashes through eyes as fast as brains. Taking into keen calculation the implications of the ever expanding Marvel Cinematic Universe, the movie makes a brilliant move towards a heavily involved super-superhero movie, daring detours into side plots, depth, and keeping up with modernity.

Whedon also delves into the trials and tribulations faced by a team, specifically a “time bomb” of highly versatile and sensitive people. (Not to mention while making us laugh the popcorn out of our noses with heavyweight comebacks.) Some rub off with sparks, and some might threaten to tear apart the team altogether. It’s all constantly emphasizing the reality of working together when much is stands at stake. And in this case, humanity itself. It’s even put into question if the Scarlet Witch (Elizabeth Olsen), is much more than a freshly introduced Avenger: her psychokinesis perhaps symbolizes what the little insecurities hiding in the cracks can do to a group of people when it transforms into manipulative visions.

But out of the deep end of literary themes; saving the world has never been more entertaining as our favorite Avengers lash out with greater, bigger quips and fauna. If the first movie’s action scenes blew you skyhigh, prepare to be atomically decimated here. The tech is amped up, the emotions bubbling, and the pure fun of new superpowers adds a wild card to the deck. Pietro Maximoff, or Quicksilver (Aaron Taylor-Johnson) has speed on his sleeve, and generously challenges the counter portrayal of the same character in X-Men: Days of Future Past (there Evan Peters). His twin sister, Wanda Maximoff, or the Scarlet Witch (Elizabeth Olsen) as previously mentioned, gets into your head—and there’s a whole level of interest as we get to see exactly what each Avenger sees. And finally, not to forget Ultron, our animated/voiced, handsomely arrogant robot, and…the Vision. (Can’t reveal too much about that without ruining your potential movie experience. Sorry.)

During dinner after the movie, my mom had summed up the film as the premium essence of the American Personality. The snap-judgment plot and action. The laughs left and right. The patriotic romanticism. The dramaaaaa. “If the absolute American were to be made into a movie,” she declared, “This would be it. Avengers: Age of Ultron.” No wonder it was also such a global success.

And all I can say is…I love it. 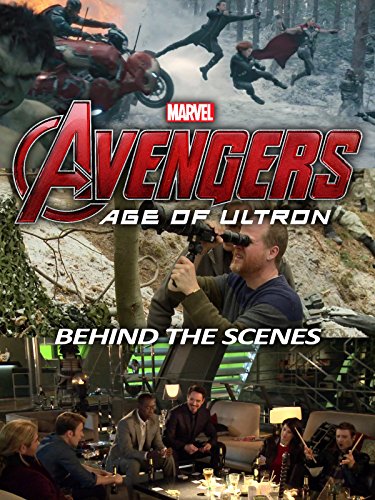