The Hobbit: The Battle of Five Armies | Teen Ink

The Hobbit: The Battle of Five Armies

The stage is set for the battle that will define Middle Earth. Bilbo (Martin Freeman) and the Company of Thorin Oakenshield (Richard Armitage) have made it to great mountain hall, Erebor, and seek to claim it for their kin. Yet even as the great dragon of Smaug (voiced by Benedict Cumberbatch) is slain, their troubles are far from over. Thorin grows obsessive over gold and more importantly, his peoples’ lost Arkenstone, a magnificent jewel also known as the Heart of the Mountain. All kind of Wizard, Elf, Orc, and Dwarf shall clash for the mountain in this final chapter of The Hobbit.

If nothing else, Peter Jackson’s final Middle Earth movie stands as an epic, epic finale for the Hobbit trilogy. With that having been said, it is entertainment for entertainment’s sake. From the luminescent CGI and glimmering armor of a seven (okay, five) nation army, the grandeur rarely looks down on personal relations. I wasn’t able to cry as many rivers for the Frankenstein Kili-Tauriel-Legolas love triangle. The dialogue doesn’t level up to the original Lord of the Rings trilogy, nor do dynamics between Hobbit, Elf, Dwarf, or Man touch as deeply.

But that doesn’t stop you from enjoying the movie. I found the power play immensely fascinating. The Lord of the Rings and The Hobbit are of the fantasy genre that immerses you completely in another world. And no better here is played, shockingly, politics; when the Elvish King Thranduil (Lee Pace), Thorin Oakenshield (Richard Armitage), and Gandalf (Ian McKellen) assemble to try to recognize a greater threat looming on the horizon, there’s one of those great literary watersheds. You get chills. Or at least I did.

And as mentioned before, the aesthetics don’t disappoint. The scale of such a film keeps on par the dazzling world The Fellowship of the Ring instituted in 2001, a task easier said than done. The action is brilliantly choreographed and rolls smoothly through frames (and yes, Legolas has another glorified Elf moment akin to shield surfing), each battle scene worthy of some kind of heavy gold medal you have to dress up to receive. It’s that kind of phenomenon, which speaks for the whole movie. 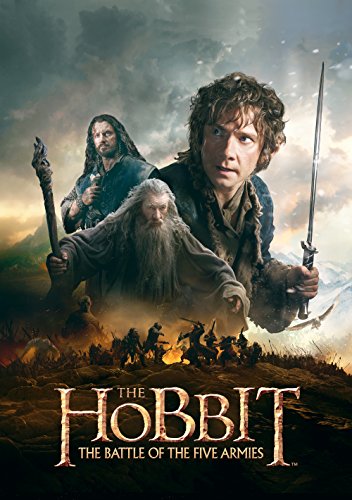