Bright young college student Lucy (Scarlett Johansson) is tricked by her boyfriend (Johan Philip Asbaek) to being trafficked into a dark drug deal. But when the cartel tries to use her to transport a bag of potent drugs, the chemical accidentally enters her system and turns her into the ultimate human weapon, wherein she is able to access more than the average 10% of her brain. Strange things start to happen as she is no longer a mere part of the environment around her. She discovers beyond the human experience, knowledge that transcends intelligent life as we know it. And no one will be ready for her to reach 100%.

Lucy astonishes, riding as sleek, smooth, and brilliantly beyond. It also doubles up as part sci-fi thriller and part investigative documentary on what we know about the human brain. Johansson, leading lady on the scene, performs with developed strategy and mesmerizes, essentially embodying who will become an all-too human alien. (There’s even Morgan Freeman to narrate passages like another good Life segment.) Still, the movie won’t captivate as much audience that fans usually expect of a Johansson-Freeman combo. It’s a special of what you don’t see so much in technology-pumped action; science fiction that might not be so fictional after all.

Indeed, the movie stands in many places as terrifyingly, unshakably realistic. It forgives if you don’t believe in super-human abilities, like being able to feel the essence of every living creature or even manipulating time, even if you’re supposedly using more than 10% of your brain. The blood-gushing beginning chunk of the film (hey, it’s a cartel) might not be in your favor either. But the film does its research; every statement is rooted in truth, and the realm stays within Mother Nature.

And as Lucy progresses to unlock what seemed inaccessible to mankind and lock away what once made her “human,” such as emotion, memory blocks, physical obstacles… You’re pressured to wonder at your own little size in the scheme of things. Can so much lie just within reach, if our brains could attain so much with so little help? What would we find when we got there, and what we would we decide to do with it? And if you’re not the existential coffee-shop type, you can still boggle at the graphics that make for dazzling action. Either way, Lucy will blow your little 10% mind. 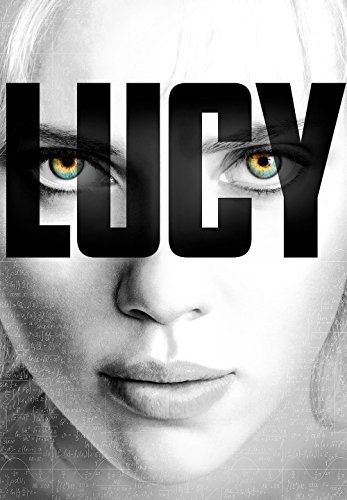