Walter Keane (Christoph Waltz) reduced the world to silence with his portraits of sad, “big-eyed” children. The world couldn’t get enough, and the waifs transformed into an unbelievable empire of seller modern art. Though it took ten years of that success to uncover that his wife, the once-divorced Margaret Keane (Amy Adams), had been painting the children all along—and now, she is ready to take her art back.

Tim Burton triumphs once more as phenomenal filmmaker, highlighting the story that would slog over newspapers worldwide. The visionary renowned for his “creepy” films now crafts one with as much quirk, charm, and outsider-empathy Burtonesque lovers had grown accustomed to.

But the film maintains edge—and the dolly pastels of a pompous ’50s age reveal deeper emotion at work. The Margaret we meet in the beginning of the film is running, for the first time, from an unsatisfactory marriage with doe-eyed daughter Janie (Madeleine Arthur) in tow. It’s practically inevitable that she becomes hopelessly enamored by Walter, a clever con man who becomes the greedy freak with a taste for money. But as we progress, Margaret becomes more than the adamant housewife of classic Americana, Walter more than a drooling dignitary—and that’s what makes it so special. Adams and Waltz are captivating to every degree, bringing to screen and flesh a wonderfully human story with flecks of paint and tragedy mixed in.

Finally, the film manages to span equal fun and fear—the scenes of Walter Keane’s darling celeb success are met with his explosive rage to being criticized in print. There’s a shocking feeling when in the movie Waltz’s voice crumbles to a growl and he says to Margaret, “You failed me…” Cigarette aside, he starts to light little matches, one by one tossing them at Margaret and Janie. Mother and daughter are forced to flee through the now darkened millions-worth house, and the pursuit is arguably what makes the movie to an extent altogether frightening. But perhaps what stuns the most is the final act, and Margaret sues Walter at court. The judge, tiring over Walter’s endless juicy Hollywood tangents and gilded credibility, calls for both of them to paint in session and prove once and for all the charges. There’s a swelling feeling as our platinum blonde halo prevails, and we’re all left with Big Eyes to tell others the tale. 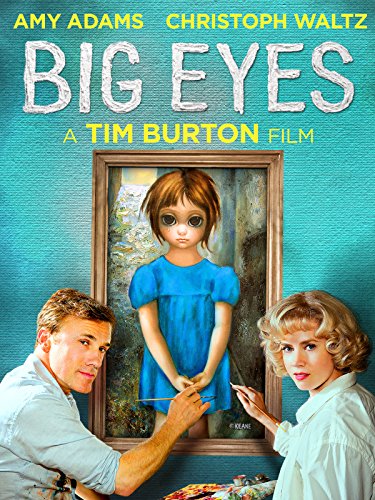