Antonio Salieri (F. Murray Abraham) is a typical composer, getting by until someone who seems to command the music of the gods arrives in Vienna. Thousands will come to know his name immortalized: Wolfgang Amadeus Mozart (Tom Hulce). And Salieri is outraged that such untouchable talent has been granted to a teasing, careless imp; that no matter how he struggles and strives, he cannot replicate the magnificence. Yet Salieri is determined to take a grain of this glorious talent for himself: even if the cost is murder.

Rife with grandiose opera and supremely pronounced music, this Oscar-studded motion picture brims with grace. It’s a grandscale tale built on themes that showcase still relevant: the peer driven mad by the genius next door, and the paradox of genius his own ruination. Indeed, Mozart here rubs off as much easy brilliance as tragically human; we watch spellbound in shock as he drinks himself to death while the world sees only the music; and we’re left to wonder how true this may have been.

It’s here we also hear the story from the forgotten third person; Salieri is the catastrophically relatable “mediocrity” with a lust for fame never granted. His frustrations and grievances otherwise sociopathic are given their dignified share in limelight. Truly, any second best in the audience who have felt like they’ve been caught in the midst of history being written in front of them will revel in their martyr put to film. We watch actor Abraham progress as splendidly raw as perhaps Mozart himself, and that bittersweet filament joins the rich tapestry of exciting story and sound. 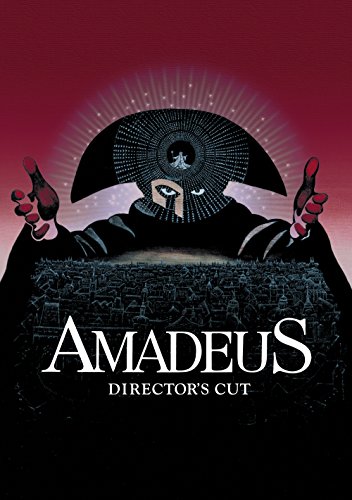