For some, the 650 million-year-ago past isn’t so far away. At the Jurassic World luxury resort, genetically fabricated dinosaurs pave the gateway to the ultimate theme park, where kids at heart (and actual kids) are dazzled beyond their wildest dreams in the face of roaring specimens of the past. Claire (Bryce Dallas Howard) is the white-coat washed secretary of the empire—down to the archetypal sizzle with her white stilettos and burning red hair—knows that in face of consumer demand, Jurassic World complies. The lab rats have stitched together from Mother Nature’s vast biological landscape a new type of dinosaur. Tremendous and humongous, a creature only described by superlatives, the Indominus Rex is unlike anything humanity has ever seen—and what is supposed to be just a weekend with Claire’s nephews over, Gray (Ty Simpkins) and Zach (Nick Robinson), evolves into something much more terrifying—its creators have underestimated the rampaging monster they’ve created. And it can only be stopped when the forces of lone ranger Owen (Chris Pratt) and beast are called to take it down.

Yes, Jurassic World is the biggest movie of the year. It’s big big big, curtailing Avengers: Age of Ultron by box office, blowing up imaginations by theater. Everything about it screams Insta-worthy colors, dimension, and roaring dinosaurs that stomp all over Disney’s poor little Dinosaurs (2000). In fact, after being swept through endless blue-as-heck sky shots and visages of the fictional island paradise, you wonder why we even bother filming actual nature anymore. Wait. So that’s why we have Pixar…

And in essence, World is another signature Spielberg move. We’ve got our hardy hero (proud, pec-wielding Pratt), his lady heroine (impeccable Howard), topped with colors that take your eyes out and pulverize them. And it’s a pretty sweet ride this time, insured as a family movie with the addition of the two nephews, predictably (while realistically) brooding-romantic teen Robinson and his wide-eyed little brother Simpkins, a dino fanatic. The sum of things: the characters that triumph screen time really aren’t original, but guiltily sink in as satisfying as dinosaur claws.

Elsewhere, there’s not much not to love. Accidentally freed beasts induce wailing, chaos-reign-all mob scenes, fulfilling the thirst for action. An impressively thorough cast also runs the system—one that aggressively stirs in several ethnicities to get a piece of the action, trumpeting actors of the likes of Irrfan Khan (playing Masrani), Omar Sy (Barry), and Vincent D’Onofrio (Hoskins). There’s allegedly enough weapon creativity to throw S.H.I.E.L.D. up in a hassle, when the dinosaurs decide to misbehave and humans send down black-out troops to the rescue. The many army references get you grinning. Another scary part? When you realize in reality, we’re getting closer than we think to pushing aside Mother Nature in the name of science. All that hush hush cloning might be going somewhere—but as the movie obviously advises, we should probably keep it down to trillion-dollar theme parks. Or…not. Either way, we’re all waiting for the sequel for more. 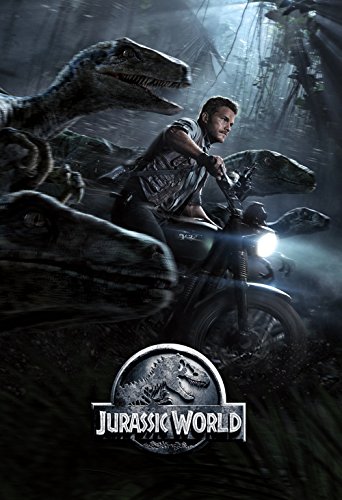