Louis Zamperini (Jack O’Connell) is signed into the Air Corps when WWII suddenly shatters America with the bombing of Pearl Harbor, and he is called into the Pacific Front to bomb Japanese sites. But when his crew crash into the sea on a rescue mission, he, friend Russell Allen “Phil” Phillips (Domhnall Gleeson), and Francis “Mac” McNamara (Finn Wittrock) will face an ultimate test of survival against the doldrums of the Pacific—47 days floating at sea. But their trials are not over: rescued by Japanese patrols, they are then taken as POWs to work in prison camps. And there, Louis will meet his ultimate enemy, known among Allied POWs simply as the Bird (Miyavi). On every front, against all odds, Unbroken is a tale of the endurance of the human spirit.

It’s not just any story to tell, since the biography Unbroken was based off (also Unbroken, by Laura Hillenbrand) tells the incredible true story of Louis Zamperini, real-life WWII veteran whose struggle against nature and human enemy astounded the world. Angelina Jolie, director of the film, voiced on multiple occasions how daunting the project had seemed to all who signed on: still, she said she was determined to get it right.

And the movie does fulfill that promise; it blossoms in full flesh on screen. Shot like an older film, serene visuals of the ocean bring to eye what Zamperini might have faced drifting out in the Pacific. In the latter half of the movie, the ruthlessness of WWII’s Japanese POW camps are brought chillingly to action. And even with Zamperini’s name pasted all over movie posters, the film sits more as a WWII more than a biographical tribute; while sweet vintage flashbacks illuminate Zamperini’s notorious youth, the focus remains on Zamperini’s time in the war.

The casting is also an overwhelmingly cozy fit. Leads like Jack O’Connell, Domhnall Gleeson, and Garrett Hedlund invigorate the fresh-faced image of American youths heading to the second Great War, possessing no idea what they will face on the other side. And although with big shoes to fill in portraying “The Bird” Mutsuhiro Watanbe, Miyavi convincingly raises from the dead Zamperini’s  dreaded nemesis. He moves from scene to scene unfailingly erratic and easily sociopathic. It doesn’t matter where your political stance is on Japanese-American relations were in WWII; honestly, the man who once tortured Zamperini to the breaking point feels entirely too real. And in all other words, Unbroken continues to shine. It will, for ages on, remain a triumph. 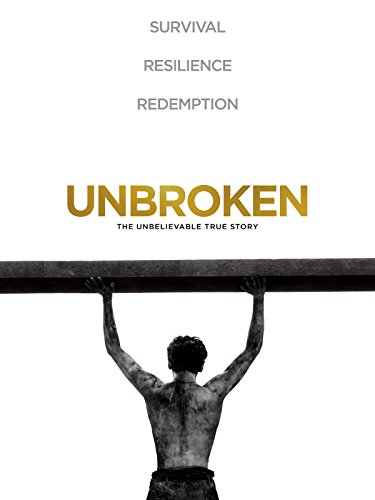