A cyborg from the year 2029 is sent back in to time to the year 1984. Its mission: to exterminate the mother, Sarah Connor (Linda Hamilton), of the son who will one day lead the human rebels against the apocalyptic Skynet, an artificial intelligence system that grapples for future nuclear devastation. Known simply as the Terminator (Arnold Schwarzenegger), it unknowingly will also face the man sent back in time sent to stop the murder, a rogue named Kyle Reese (Michael Biehn). And if he fails, humanity will lose its only hope.

It was delightful to watch my mom describe what The Terminator was when it first came out in theaters, 1984. “Nobody had seen anything like it before,” she described. “Man and machine like that. Never!” And it’s true; though it’s been more than 30 years since Schwarzenegger first teleported through space and time, Terminator remains a sturdy sci-fi classic.

There’s car chases, epic ones. A lot of skidding past construction trucks. The ridiculous police investigations. And every bit of the scenery is pleasantly reminiscent of the rollicking ’80s, from the booming hair to the blast-off neon music. Ironic to the storyline, Terminator is precisely the right thing at the right time, singly fun and exciting enough to kick off one of the pre-2000 movie series that will hallmark sci-fi.

Only this movie’s plenty futuristic by standard. Man x machine reveals a harrowing exo skeleton under Schwarzenegger’s famous physique, one that (moves! and) will become the beacon of mad AI science for years to come. Schwarzenegger establishes the precedent of a stellar humanoid robot, and the film takes the good grace to bring the villain to plenty screen time. And if you were disappointed in Sarah Connor’s role here as the dolly damsel in distress, the film at least ups the ante with the promise that in the future, she is the force that will train her son John into the brilliant leader humanity needs. And from what I heard, Terminator 2: Judgment Day doesn’t break the promise. We’re ready. 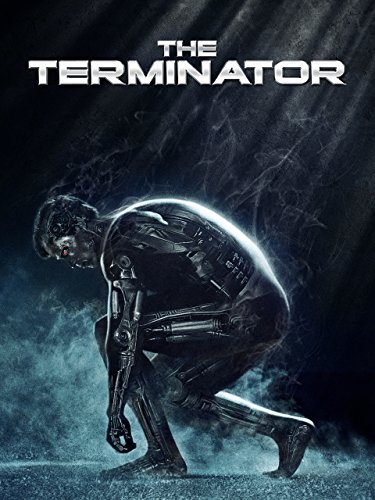