Renewing the infamous quadrilogy, Terminator: Genisys has Kyle Reese (in this reinstallment, Jai Courtney) once more as the man sent back to save Sarah Connor (Emilia Clarke) and the Terminator (Arnold Schwarzenegger) manned to destroy humanity’s last hope. Only now, the past has changed, threatening to doom the future. Sarah Connor’s been waiting for Reese for a while now, well aware of what’s happening and what’s to come; she knows 1997 is her ticket to stop nuclear ruin devastating the future. But transported back in time, Reese is infused by a past memory, watching his younger self repeat in the mirror that Skynet is Genisys. And if they don’t stop it from launching online, nothing can be saved from the inevitable future.

Because you did your homework and read the critic reviews on Rotten Tomatoes before coming here, I understand the apprehension: with the reinstallments of Star Wars, Lord of the Rings, and Jurassic Park flying above our heads left and right (some of them literally), there’s tension in the air to see if the Terminator franchise can keep up. And it did…adapt. In its own weird, metallic way.

Pun intended? But critique aside—Genisys isn’t actually that awful. You might as well wheedle out some money to see it in second round theaters if you’re one to appreciate a good sci-fi flick; there’s nods aplenty towards the original classic hidden in Easter eggs, and dastardly funny moments with an adorably old “Pops” Schwarzenegger. On top, the action doesn’t disappoint. There’s plenty of frighteningly crazy bus-off-the-freeway scenes and even more bust-out-the-freeway shenanigans. But to be honest, some of it loops on and on. And although Clarke redeems a feisty Sarah Connor with a steely glare and the uncanny resemblance to boot, a flatline Courtney does little to make us fall in love with Reese all over again. And unfortunately, there’s little room left for chemistry between Khaleesi and this Dauntless wannabe.

Moreover, what could have been excused during the movie comes back to haunt you big time, after you’ve finished watching metal people being repeatedly blown up. You guessed it: plot. It’s obvious Genisys is meant to be a moody blend between the original franchise and hot geek fantasy, updated by the clock to up the ante (instead of 1997, Reese and Connor travel to 2017). But some of it feels like a halfway conversion, that either the secrets passed hands backstage, or never left the drawing board at all—loopholes run abound and left unspoken left me feeling distraught afterwards, as I tried to reason my way out of an explosion of CGI. All in all, Terminator: Genisys is like it is a wowing myriad of metal and man—mixed feelings in general. 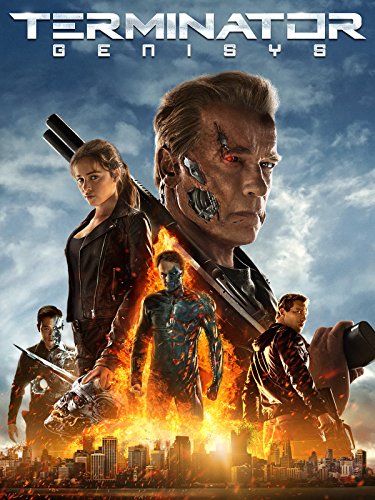