Sixteen year old Jay Cavendish (Kodi Smit-McPhee) journeys from the sheltered shoulder of Scotland to the wicked frontier of America—to find his love, Rose Ross (Caren Pistorius). Having made his way solo remarkably far, he is picked up by a mysterious traveler named Silas (Michael Fassbender) as they make their way into the wild heart of the wilderness.

Slow West is a very simple story done very well; you’ll be wondering what you got hit with long after the credits have rolled. Lightweight in operating without the tedious stipulations of rules or, heck, the law, this western movie doesn’t overwhelm. Events and dialogue ladle out frugally, and an astoundingly gorgeous landscape provides the rest. Indeed; the wide horse-trotter shots and olde washed colors hike up the perfect backdrop for our two travelers’ journey. While for some, the pacing might literally be too slow. (Hence the title, I like to think…) But if you stay tuned, the ending’s well worth the wait, a gunshot ending finalizing the canny western twist.

And the characters are part of the deal—whoever you initially dubbed good or evil is shaken up as the ride gets rougher. And, cough cough, it’s not you’re papa’s love story, either. In fact, nobody quite maintains who you initially thought they were, deepening Slow West’s claim as a westerly romp. (And like any good adventure, not a lot of them stay alive.) Jay and Silas are dual interests, as avidly fascinating as they are opposite, and contrast magnificently side by side on screen. Smit-McPhee conveys extraordinary naïveté, creating a character that enshrines the limelight in that Jay becomes someone you cheer, pray for, and progressively pity; his luminous presence is simultaneously foolish while recognizable. Fassbender, on the other side of the spectrum, redeems the hardened rock of cinema’s western land. A face who could be easily dismissed as the unblinking, unchanging, and unfeeling cynic blooms over an arc as perfectly subtle (and slightly slow) as the movie itself, rapidly ripening into Jay’s parfait counterpart and skeptics’ wrongdoing. The word’s out about the west: we want to return. 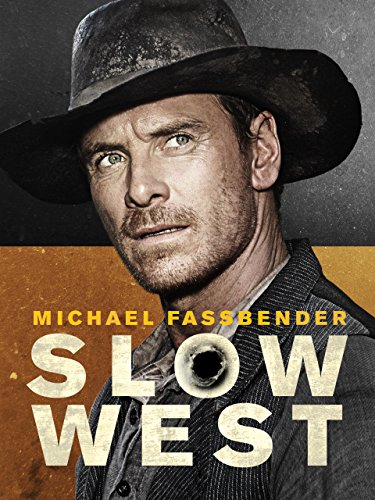