He was a 19th century duke forced into marriage; she was a modern day corporate worker driven to succeed. The paths of Leopold (Hugh Jackman) and Kate (Meg Ryan) might have never crossed, that is until Stuart Besser (Liev Schreiber) discovers a small “hole” in the fabric of time--one that allows him to travel back to April 1876. But he never expected the Duke of Albany, future inventor of the elevator, would follow him home, only to land on the streets of New York nearly 200 years later. Stuck in the freakish future for a week, he meets Stuart’s upstairs neighbor and ex-girlfriend Kate McKay, who leads him around the modern world, unaware she begins a romance to last till the ends of time.

As much fun as the movie has with time-travelling back to the Victorian age, it’s a good-natured love story at its center. Kate and Leopold epitomize an enchantment despite the mishaps of time, interrupting modern ego for an older flavor of chivalry. It’s the most satisfying, chocolatey thing: a romance about romance. done right.

And the leads truly connect on screen: Hugh Jackman is ridiculously funny as a man out of time, coiffed hair and dress, nonetheless serving Kate the proper gentleman who was missing all along. Kate, the bright young ambitieuse; she’s a breath of fresh air as a successful woman in a field of working men. Her honesty and openness hits home, and we find her locked in the mindset that she’ll only ever be treated poorly by pathetic romantic ingenues: that is, until Prince Charming comes through. (Seriously--he rides a horse in the movie! Now that’s a prince, er, duke, if I ever saw one.)

With a clever plot twist to boot, there’s everything darling (ooh, and vintage) about this timely romance, which actually rides off into the sunset with themes like finding “the one,” little laughs, and doing things the romantic way, the right way--from which bouquet of flowers to a shmoozy date on the rooftop. There’s a good chance you’ll be reduced to melted cheese by the end of it, or, like Kate’s younger brother Charlie (played by Breckin Meyer), left utterly confused. The movie waltzes about a grander, yet simpler notion of Romance, as well as the importance of making choices for yourself. Sometimes, that might be putting yourself first, as well as the most important person to you. Aw. Now you’re blushing. Just like Kate and Leopold. 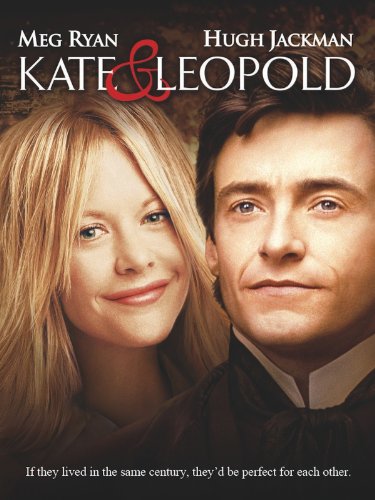