Before We Go | Teen Ink

It’s after midnight in Grand Central Station, and a man sees a woman futilely chasing the last train out of the city. Their chance encounter leads to the all-nighter of a lifetime, as they wander around New York City, struggling with past lives and loves. As their hearts connect and they grow increasingly involved in one another’s lives, by the end of the night their destinies are increasingly intertwined as they must also look toward the future.

There is a romance that sits in the corner of our hearts, that moves us in a way no other does. Chris Evans (who also plays the leading man, Nick Vaughan) mans Before We Go as his directorial debut with amazing warmth and sensitivity. Nick and Brooke Dalton (played by Alice Eve), who we follow throughout the movie, are the main players in a story that is not entirely new, but still deeply touching. It’s a very simple story that strikes a chord in each of us. Its perfectly timed, perfectly setup story is so heartwarming, broken up at times by little laughs and darker moments, that it feels like an intimate gift shared on the screen.

The film is also filled with charisma and charm; for those who know Chris Evans only from his role in mega superhero franchises like Fantastic Four, where he played the flaming Johnny Storm and the beloved Captain America in Marvel’s The Avengers, Evans is equally lovable as the trumpet-toting Nick Vaughan. Eve, known for her role as Carol Marcus in the latest installment of the Star Trek saga, is surprisingly likable as Brooke, a beautiful, young woman whose dreamy marriage fell out of her hands. But more importantly, Evans and Eve are captivating to watch together. Their characters connect and illuminate the screen, breaking through the urban street noise and traffic like lamp lights in the middle of New York City. 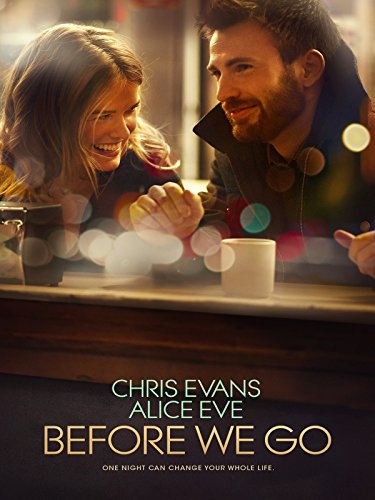