The Age of Adaline | Teen Ink

The Age of Adaline

Ever since a mysterious car accident, Adaline Bowman (Blake Lively) hasn’t aged a day. Unknowingly caught in the fabric of time, she continues to live her life, forever frozen in her youth. But when she realizes something is not changing, others begin to question her validity as well, and Adaline is forced to go into hiding. As she tries to remain inconspicuous while decades fly by, in the present, young Ellis Jones (Michiel Huisman) falls in love with the timeless young woman. Little does he know, in another life, his father William Jones (Harrison Ford) also fell deeply in love with Adaline; and as the pieces begin to connect, none are left alone by the wonder of time.

From the start, the story is wrapped in romance as much as it is in American history. It begins after the flapper age, and Adaline’s luscious, layered past is a walk right through the classic 20th century decades. Each flashback into her history is captivating to watch, simply because Blake Lively is flawless as Adaline, a character whose age well exceeds her appearance. She moves with the vintage grace of an old movie star, and we follow her as a single beam of light throughout the movie.

But the emphasis of the film is neither on Adaline’s history or the facts. And like any good romance, the love interest is all too good to be true; Ellis, played by Michiel Huisman, is pure cheese, with a stunning visage, rich, and the brains to boot. And with Prince Charming also comes an undeniable sweetness, which draws in Adaline as much as the audience. Although the strange love triangle between William, played by the legendary Harrison Ford, Ellis, and Adaline works out a little too well: the ending to the film can be seen from a mile away, but it’s still worth watching until the end.

The Age of Adaline is an darling romance for the more old-fashioned audience. It’s certainly original when it comes to love stories, since the film spans the better half of the 20th century, and both leads illuminate the screen in each other’s presence. Sprinkled with a star-studded cast, the actors give performances that prove it was well worth the wait. The age of Adaline has arrived. 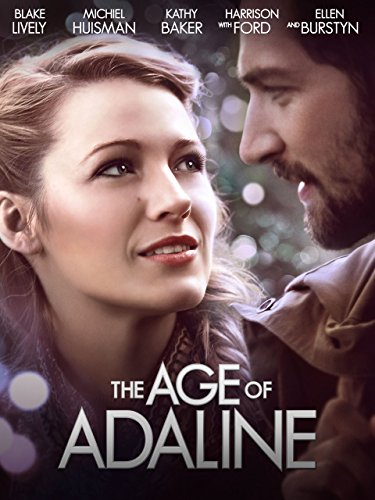