In the future, humanity is battling its worst crisis yet. Earth appears no longer capable of supporting human life, and Cooper (Matthew McConaughey), a pilot turned farmer, might be its last hope. He’s recruited in the search for a world to replace Earth. In a valiant last effort, Cooper leads a team into uncharted territory, leaving behind a brilliant, spirited daughter Murph (Mackenzie Foy) and his son Tom (Timothée Chalamet). But as their mission takes unexpected turns, Cooper finds himself trapped in the unforgiving conundrum of time. As they struggle to find a new home for mankind, the clock is ticking on Earth.

The typical space adventure doesn’t take much--alien invaders, a good-looking hero, the end of the world--but Interstellar feels more special than that. Director Christopher Nolan’s apocalypse is entirely plausible. Earth has begun to close its doors to the human race: starvation runs rampant, and most of civilization has returned to agriculture. Cooper, played by a charming McConaughey, knows that better than anyone. We watch a raging Dust Bowl-like storm in the beginning of the movie, and crops that are beginning to fail. Armageddon looks uncomfortably real.

NASA pours all its energy into one last attempt to save mankind. Dr. Brand, played by Anne Hathaway, Cooper, and a few others lead the mission into the unknown. And while Interstellar could have easily been lost in the technical details, it manages to envelop concepts like relativity and physics in surprising humanity.  Things like love and family transcend space and time, which we see in Cooper and his daughter Murph’s (Foy, Jessica Chastain) conflicted relationship. Simple, powerful lines of dialogue mark intervals in a movie almost as lonely as space itself.

Interstellar is admittedly clever. When the mission goes awry, the faults lie in the humans themselves, and the ending has a plot twist to send your head spinning. The movie deals with space and time like they really are--shocking and unforgiving--and while their effects might seem otherworldly, they bring gravitas to the domain of science fiction. Because even as the movie is grand, sweeping, and paramount, it’s also impossibly beautiful. As a tribute to the wonder of the human mind, but also to the stars themselves. 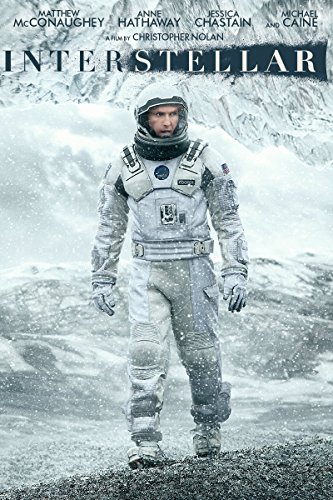