Scott Lang (Paul Rudd) isn’t your average criminal. He’s insanely skilled with a keyboard, and has a sense of fairness--enough to land him in jail. But when he returns, he’s not allowed to see his daughter until he can pay for child support. Desperate, Lang takes an offer from his pal Luis (Michael Peña), and ends up getting into a bigger mess than he anticipated. After he steals a strange suit from aging engineer genius Hank Pym (Michael Douglas), he’s shown how to use it. Able to shrink to the size of an ant, Lang is given superhero abilities, and learns how to use them. He gets involved in the plot to stop the man after the suit, the rich, young, and powerful Darren Cross (Corey Stoll), who’s convinced he’s entitled to the serum that could change modern warfare forever. Heroes don’t get any bigger than this.

Ant-Man is lesser known among the superheroes of Marvel Comics. Still, the 2015 film boasts a cast of Rudd, Douglas, and Evangeline Lilly, and shines spectacularly on its own. The setup isn’t entirely new--some of the movie feels recycled from other superhero blockbusters. There’s a charismatic young hero, a couple of funny sidekicks, and a quest to save the world. In an age where big movies are taking over the screen, Ant-Man certainly isn’t the biggest. Still, its humor and heart make the film a memorable addition to the Marvel Cinematic Universe, something for the entire family to share.

Scott Lang is immediately likable, with a charming anti-hero element to add to his origins story. Where Captain America might have started in the fifties, Iron Man in 21st century terrorism, Lang can be found sneaking behind the scenes. But Lang isn’t just a smart guy with funny friends--his struggle to be with his young daughter, nicknamed “Peanut,” gives him a side rarely seen in the superhero franchise. Rudd’s ability to play a lovable Lang is at the heart of the movie. His humor comes naturally throughout the film, and for the rest of the cast as well.

Ant-Man is loads of fun, and genuine enough to make the movie feel like an entire package. There’s thrilling fight scenes that take place at the eye of a microscope, thousands of times magnified, and hilarious encounters between Lang and his bugs. Hank Pym’s daughter Hope, played by Evangeline Lilly, presses interest for the future of the Ant-Man franchise, where at the end of the film, we get a sneak peek of some even bigger insects. As fans of the Captain America trilogy already know, Lang returns to the Marvel Cinematic Universe in Captain America: Civil War. In the meantime, though, he’s just another one of the ants. Er, Ant-Man. 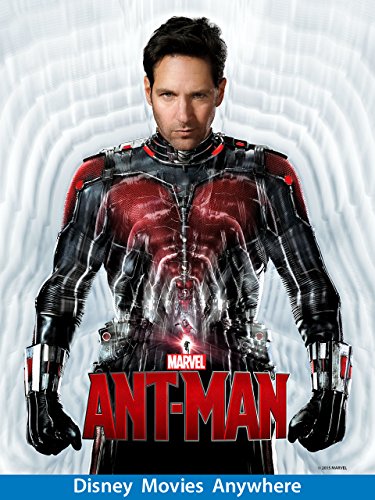