Before Snow White rose as a warrior to defeat the evil queen, the beautiful Ravenna (Charlize Theron) had newly conquered a kingdom, her sister Freya (Emily Blunt) expecting a child. But when Ravenna makes a choice that changes her sister forever, ice powers emerge in Freya that enable her to build an empire. Freya takes children from destroyed villages, enforcing but one law: there shall be no love. From them, she creates an army of Huntsmen, including the axe-wielding Eric (Chris Hemsworth) and his lover Sara (Jessica Chastain). They are torn apart when discovered, leaving Eric to stumble through the familiar story of Snow White and more, as Ravenna’s mirror remains.

The Huntsman: Winter’s War brags a star-studded cast, from the likes of Chris Hemsworth, the lovable hunk from Marvel’s The Avengers, Charlize Theron, the vengeful imperator from Mad Max: Fury Road, Emily Blunt, from Sicario, and Jessica Chastain, the many-faced queen of the indie genre. But even if you watched the trailer in March expecting little more than a lot of cool CGI, it still feels like the characters in Huntsman are wasted potential. The greatest bummer is watching Chastain, an acting powerhouse, reduced to the archetypal spurned lover, and whose foray into action movies feels just average. Even Hemsworth is just a face, playing a senselessly cheerful Eric.

What could have been a juicy and original sequel to Snow White and the Huntsman, a grittier take on Snow White with Kristen Stewart, just doesn’t have enough stuffing. Indeed, it might have helped tie the two together with a cameo from Stewart, and the film nods toward the princess several times. Huntsman tries to compensate with the dwarves Nion, Doreena, Gryff, and Mrs. Bromwyn, whose charming exchanges bring needed laughs to the screen. As for the rest of the movie, the scenes that count don’t make a deep impression. Following the Disney live-action mania of 2014’s Maleficent, with Angelina Jolie as the titular villainess, and 2015’s Cinderella, starring Lily James, digging into the fairytale canon has been all the rage. But Huntsman banks almost entirely on Hemsworth’s charm alone, and a watery lesson on love.

Still, it depends on what you’re looking for. Younger audiences will revel in the fantastic beasts, evil sorceresses, and action sequences of the film, whose saving grace is its sheer cool factor. The vague theme of love and loss is still compelling. And the costumes, landscapes, and sweeping cinema all make good on the gold against silver, as Ravenna’s liquid gold and ebony cut through the snowscape of Freya’s. If nothing else, the film is a sweet piece of eye candy, though its characters are lost in winter’s war. 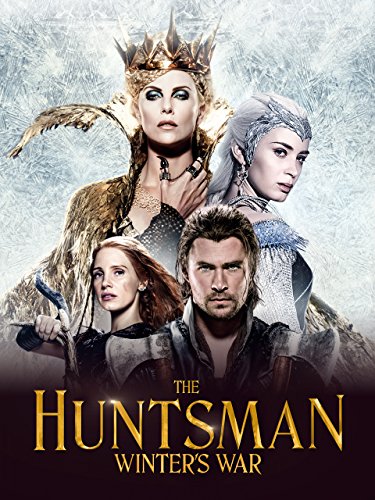