Favorite Quote:
How happy is the Blameless Vestal's lot!
The world forgetting, by the world forgot
Eternal sunshine of the spotless mind
Each pray'r accepted and each with resign'd

“If you belong to a political party or a social club that was tied to as much vicartry, misogyny, homophobia, violence, and sheer ignorance as religion is, you'd resign in protest. To do otherwise is to be an enabler – a mafia wife – with the true devils of extremism that draw their legitimacy from the billions of their fellow travelers.”

So says Bill Maher, writer, talk-show host, and political commentator, in the final speech of his documentary “Religulous.” The movie ­consists of interviews with an array of particularly peculiar religious adherents, and musings from Maher on the road.

Maher goes from the Midwest to the Middle East, highlighting with cringe-worthy precision the glaring inconsistencies in religion and the ­bigotry and violence caused by unquestioned faith. Maher, true to form, displays biting wit and scathingly well-articulated points, but under the direction of Larry Charles (who directed the raunchy, irreverent mockumentary “Borat”), some of the interviews seem less like food for thought than pandering to disenfranchised skeptics who want to see a conservative get trounced.

Despite some of these interviews (in which Maher is intellectual light-years ahead of his interviewees), Maher justifies his anger well. For its intended audience, “Religulous” is greatly satisfying, but with a little tact and a more rounded take on its subject matter, it could have changed hearts. As it stands, Maher's documentary is woundingly funny but may not interest those who wanted more than just entertainment.

While “Religulous” is too heavy-handed to be considered poignant, it is a well-made comedic documentary perfect for Maher fans. For viewers like me, however, who wanted Maher to change minds rather than “rally the base,” “Religulous” leaves something to be desired. 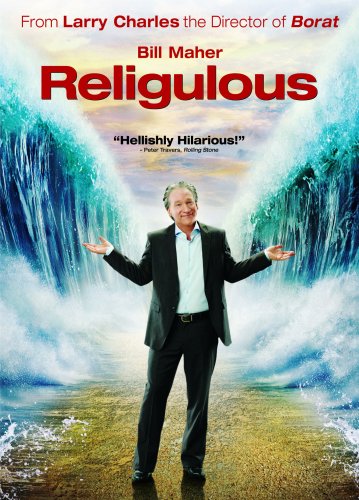