La La Land is a cinematic gem, with a record seven Golden Globe wins and fourteen Oscar nominations. Praised by many as the film of the year, Damian Chazelle's film is regarded by many critics as a stylistic and thematic masterpiece.

La La Land is set in modern day Los Angeles, starring Ryan Gosling and Emma Stone as two struggling artists, who want both to make names for themselves and to follow their dreams. However, as the film so vividly illustrates, this is not always easy. Sebastian (Gosling) is a skilled jazz pianist who feels the rhythm of his passion in his bones, but cannot gauge enough public interest for his somewhat obsolete talent. Stone plays Mia, an aspiring actress, whose flair goes unrecognized by every acting agency, and who can never quite clinch that leading role. At times, it seems the universe is actively thwarting their every move, barring them from imminent success. However, amidst their trials and tribulations, they find each other, as well as the only remedy to their situations: love. As they help each other follow their passions, it demonstrates the power of love and what it can accomplish. It is truly a beautiful, romantic story.

A prominent theme in Chazelle's film is the fusion of our modern day world with an era reminiscent of the glorious pinnacle of 1930s Hollywood. "It brings back something people really miss, the Golden Era Hollywood musicals and it is rekindling this old spirit that has been missing in recent films. It somehow brings back this old genre and still makes it relevant to people today," said freshman Aaron Razi Baseman, who has already seen the film three times. Baseman continued to say that he "liked how they were able to emulate these older films." Many aspects of the film capture the contrasts and similarities between these two epochs, such as the music, the staging, and the style of dress.

One of the most popular and striking aspects of La La Land is the soundtrack and music. A wide range of genres are present in the film, from beautiful haunting ballads like "City of Stars" to jazzy swinging crescendoing melodies like "Another Day of Sun," which undoubtedly captures the essence of stereotypical Hollywood movie musical gold. The movie itself features countless scenes illustrating the dexterity of Gosling's fingers as they sweep up and down the keyboard, and glamorous vocals by Stone, as she continues to wow us, the audience (but not always the audience in the film).

Although there is a lot of hype about La La Land right now, this film is conclusively one for the ages. "It sparked things in my mind. It made me think about my dreams and what might happen to me in the future," said freshman Adayliah. However La La Land resonates for us as individuals, it will continue to inspire us to pursue our dreams, never give up doing what we love, and remind us of our vibrant past. 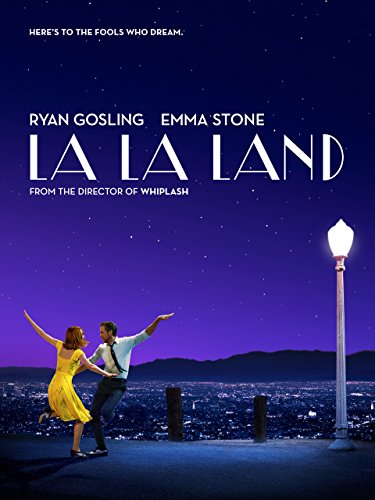