The U.S.S. Enterprise follows its promise to boldly go where no man has gone before as Captain James T. Kirk (Chris Pine) leads his men into a nebula that already swallowed one crew. What he finds will force his own crew to scatter, some captured by these scarred terrestrials, our beloved Spock (Zachary Quinto), “Bones” (Keith Urban), Uhura (Zoe Saldana), Sulu (John Cho), Scotty (Simon Pegg), and Chekov (Anton Yelchin) forced to regroup on alien terrain. They are offered the help of the warrior Jaylah (Sofia Boutella), whose past might give them a fighting chance, as they face down strange captors as mysterious as they are cruel. What they discover about them, and the Federation’s past, will only take them beyond…

It’s all good fun for the third installment of the Star Trek reboot, where Pine and Quinto as Kirk and Spock headline the adventure. There’s an immediate sense of nostalgia to see them together onscreen again, swapping sound bites, and gives the film its most convincing argument to exist: in an age where strings of movies are like TV episodes, and TV episodes are being produced like movies, Star Trek Beyond is like the season’s good halfway drama, if not its most memorable.

I’m not a veteran of the “Trekkie” panthology, having only watched Star Trek in 2009 and Star Trek Into Darkness, 2013, with on-the-rise actor Benedict Cumberbatch. Still, anyone who’s been following the movie series can feel the magic of these famous characters back together, first historized by William Shatner and Leonard Nimoy. Here, they’re split up on an uncharted planet, forming unlikely pairs as the team is scattered. Kirk wanders with Chekov, Bones with Spock, Uhura with Sulu, and Scotty, who discovers a newfound ally in the alien Jaylah.

There’s a stab at something new, as Kirk grapples with a lonely captain’s identity, and the villain Krall (with sticky ties with the Federation) laments civilization. But the film feels hollow at heart, failing to capture the same balance of thrill and euphoria as its predecessors. Star Trek’s pressing duo, Kirk and Spock, have minimal screen time together, and we don’t see any growth in their relationship as friends and allies. There is an attempt to create friction, however, as Spock feels an obligation to leave the Enterprise for his people on New Vulcan, despite all they’ve been through.

The introduction of a new character, Jaylah, is like that of a meaner, alien Rey from Star Wars, a tech whiz who also wields a quarterstaff. Her backstory isn’t as original as it is angry, and the cat-eyed, chalk-skinned femme fatale might be an attempt to ride the wave of loftily empowered female fighters. Even if Star Trek gets points for bringing another woman into the Federation, Jaylah is an example of another problem in this alienated type-casting: by creating girl warriors who are only sharp, cold, and bitter, female audiences are persuaded these one-sided, unlikable women are the only way girls can--or should--ever reach the battlefield.

Still, it’s worth noting the film’s special effects and creative concepts, each which are dizzyingly good. Our spin through “Yorktown,” the Federation’s latest advanced hub, is disorientingly cool, and the “bee” ships that attack like a horde of insects are as visually gripping as the terror and beauty of space. Battle sequences are charged, thrilling, and sprinkled with dialogue between characters that don’t usually talk. We wonder where the remake will go next, after the film’s lukewarm reception, and the tragic death of young Anton Yelchin, suggesting Chekov will be admitted from the Enterprise’s future star treks, at peace in the stars. As for this film, we went beyond, but not too far. 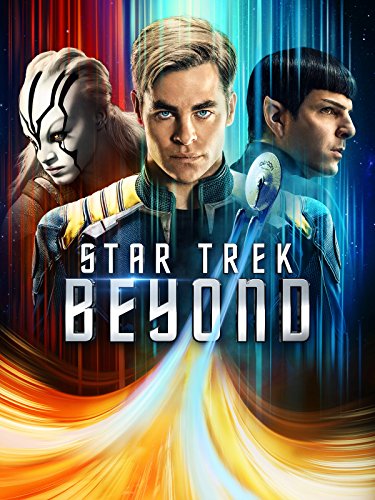