Two twenty-somethings take to the road on a book tour, travelling across the States to spread a recipe for deliberate living. Ryan Nicodemus and Joshua Fields Millburn describe avidly climbing the corporate ladder, only to find nothing at the top. They both decided to drastically reduce and remodel the way they lived, to see if that would change their happiness. The result was stunning. They called it minimalism, or minimizing the amount of things we have. The concept is digressed by architects; neuroscientists; family members throughout the film. They go against the grain of rabid American consumerism, what has become the American dream: and instead, live more with less.

Director Matt D’Avella fronts a visually masterful film about the “important things.” Here, form follows function, as the documentary, on Netflix, is an artistic study of the senses. Soothing primary colors and guitar supplement these young men’s journey to radio shows, speaking events, signings, and a whole lot of hugging. The goody feeling is almost too good, as the creators repeatedly insist through the film, to strangers alike, “Can we have a hug? We’re huggers.”

All the while, experts weigh in on the profound concept of minimalism: minimizing how? There’s simply living with less: we watch millennials strap on backpacks with everything they own as they navigate an interconnected world. Meanwhile, a woman challenges herself to fashion dare Project 33, keeping to only 33 pieces in her wardrobe. Architects and designers discuss “tiny houses,” where an entire home is fitted to a few, smart square feet. And the documentary aspect leaks when we dive into exploding American consumerism, from marketing for kids, to what is now being called “fast fashion.” According to experts, we live in a culture of 52 seasonal trends, one for each week of the year.

I watched the documentary in my English class, and we discussed in a seminar afterwards. Naturally, there was dispute. Some were directly offended by the film and its premise. It’s true, Minimalism fails to truly apply the artsy concept to families, and needy demographics who can’t afford the few and expensive. And like the creators themselves, the film revolves around a minimally diverse cast, where the only people we really see are single white young men, or millennials well off enough to experiment with the idea.

But the message is clear: people have lost meaning in their lives, burying themselves in stuff. In the film, everyday people discuss the spiritual lightening of living without, to focus on the things that matter. Personally, I agree. I went home after the seminar to found my desk stacked with post-its, papers, and dust, which makes me allergic just thinking about it. And in the end, that’s all there is to it. The two creators remind us to “love people, use things,” not the other way around. Sounds simple to me. 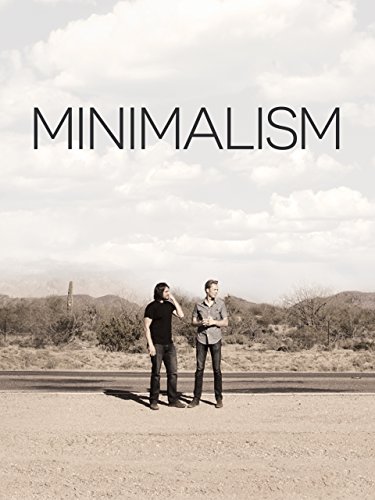