The Light Between Oceans | Teen Ink

The Light Between Oceans

Tom Sherbourne (Michael Fassbender) applies to become the Janus lighthouse keeper, estranged from his time in the Great War. He hopes to find some quiet, surrounding at sea by nothing but salt, sweat, and sand. But visiting, it is in the coastal city of Partageuse he meets the brilliant Isabel Graysmark (Alicia Vikander), as full of life as he is reluctant to it. But after they marry and move to Janus together, Isabel finds she cannot have what she wants most after two miscarriages. It is then, by miracle, by fate, a baby washes up in a boat with a dead man. Although too good to be true, they decide to keep the child and raise her as their own, to Tom’s personal guilt: only to discover that they have stolen a ray of light from the rest of the world, a heartbroken mother on the mainland.

The story sells like a fable, a myth, on a remote island in the curves and coasts of Australia, and the antiquity of the Great War adds an acute taste. Director Derek Cianfrance reflects his vision in the film’s imagery, where the lighthouse on Janus Island is quite literally the light between oceans. As Tom describes to Isabel, it’s where two oceans meet, steadily offering light to those in need. The film is jaw-dropping gorgeous, pages to cover, adapted from the original book by M.L. Stedman. In an interview, Fassbender and Vikander admit to falling in love with the place themselves. Slight blues and rosy sunsets reflect the serene stillness of the island, beaten by waves and sea. It cleverly matches the film itself, soft and sweet, while rooted in sorrow.

Tom and Isabel’s love story is the foundation of the film. It’s quite wonderful, too, as Fassbender and Vikander, now married in real life, throw sparks across the screen. Their gentle courtship, shown in a montage of handwritten letters, is a bit sugary, but simple and true. Tom is the do-right gentleman, changed by war, Isabel a light from above. The story easily could lose itself in the sappiness, but stays afloat, its greatest surprises the saddest.

There are several figures of tragedy, as the foundation of their marriage is tested. Isabel, who cannot have the children she wants so badly, finds her calm determination cannot save her miscarriages, Tom at a loss when Isabel convinces him to keep the godsend that washes on their shore. He gravitates towards simply doing the right thing, but falters at his wife’s happiness, who practically glows holding the small child. And there is a third figure, Hannah Potts, the ravaged mother played by Rachel Weisz, who lost husband and child to the anti-German rage after the war.

Her sadness is perhaps the most heartbreaking of all, even after she reunites with her young daughter, who still considers herself Lucy and not her given name, Grace Ellen. There’s no way to bring back years lost, and it gets to a point where Hannah wonders if she will ever have her daughter back again. Each person’s pain is real, heartfelt, the lines of ethics blurred. The ending is perhaps the saddest of all, even if Isabel ends in Tom’s arms, Lucy in Hannah’s: where we glimpse, if briefly, the true light between oceans. 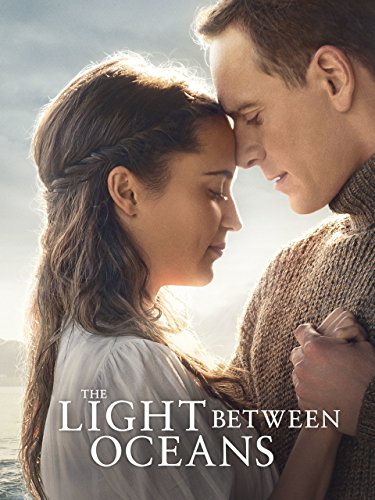