Beauty and the Beast | Teen Ink

Beauty and the Beast

A brilliant young woman must rescue her father from the Beast in his haunted castle, who has been cursed by an enchantress.

Tale as old as time, song as old as rhyme... Well, it’s here: and regardless of your stance on Disney live-action remakes, the new Beauty and the Beast is drop-dead gorgeous, rich, lavish, ornate. Director Bill Condon takes a hint from history, as he places the film in the height of Baroque splendor. The Beast’s palace is wondrous, glimmering and gold, but so is Belle’s village in the middle of France, painted in primary colors. The amount of detail is visually stunning. Belle’s dress alone reportedly took 3,000 feet of thread and 12,000 designer hours to complete, and then 2,160 Swarovski crystals. And while countless YouTube cosplays, knockoffs, and parodies can be convincing, nothing beats the real thing.

There’s another thing: along with seamless production, the people themselves could not have been more perfect. Beast could not have happened without its star-studded cast. There’s Luke Evans, in an under-applauded performance as the biggest, swaggiest Gaston, and an entire cast of veterans as the Beast’s servants, made antiques. For those unfamiliar with the story, the Beast was once Prince Adam, cursed by an enchantress after showing his cold heart. She also turned his servants into furniture, moving and talking furniture, that is--from Emma Thompson as Mrs. Potts, Ian McKellen as Cogsworth, to Ewan McGregor as an enchanting Lumière. Kevin Kline is Belle’s darling father, a painter (not a tinker) in this remake, and Josh Gad, known for his lovable Olaf in Frozen, is Gaston’s accomplice Le Fou. There was a bit of controversy when Disney announced its first gay character, which exploded online, but Gad is spectacular as the rest of them.

And for the prima stars, Dan Stevens, once the handsome suitor from Downton Abbey, has since departed for more action films, here snatching up the role of the Beast with roaring success. While he spends most of the film under a mask of CGI, I didn’t find the Beast’s face distracting. And the rose, the tinker, the thinker: Belle is Emma Watson, the courageous lover of books, who finds herself in the throes of an enchanted castle.

More like Lily James in Cinderella than Maleficent’s Elle Fanning, Watson IS Belle. She shines in song, in spirit, determined to follow her own intuition when others fall. And as the “strangest girl in town,” Belle is faintly resonant of Hermione, Watson’s other famous role from the Harry Potter series. She proves herself on her own first, driven and resourceful, making her romance with the Beast only sweeter.

And here’s the big question: is it really that good? The hype for Beast was almost as La La Land, as rumors of Watson as Belle have floated on the web for the last few years. And if anything, the 2017 remake has even more stuff in it than its 1991 predecessor. Set in the Baroque era, and beefed up with extra tunes, the new and updated Beast is still not overwhelming, nor underwhelming. Even if the film could take a minute to breathe, and might sometimes feel exaggerated, it is consistently magical for all ages.

It will also please fans of the old classic. My mom walked out of the theater in a sort of happy reverie, remarking how Beast brings back some of film’s much-needed magic into people’s lives. Entertainment goliath Disney must have been painfully aware of how high the stakes were when it came to a childhood favorite. And if you loved this film, you’re in luck. The next few years are reputedly packed with classics remakes, like a winter 2018 release date set for a live-action Mulan, Mary Poppins happening with Emily Blunt, and The Little Mermaid, with new tunes and old by composer Alan Menken and Hamilton’s Lin-Manuel Miranda. Though if one thing is certain, this was a rebirth of real Disney magic. A real beauty. 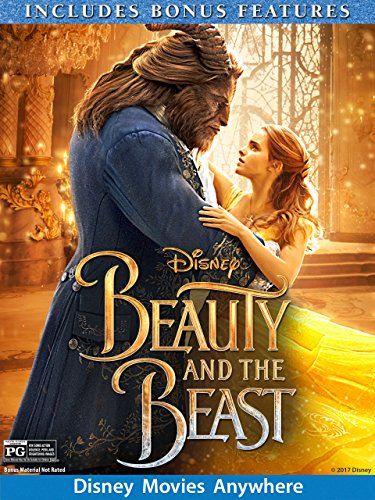