When an all-girls Southern seminary takes in a wounded Union soldier, dangerous tensions arise. That is, until they are betrayed--and must take their revenge.

Sofia Coppola’s newest film made a splash with its all-star cast of Nicole Kidman, Kirsten Dunst, Elle Fanning, and Colin Farrell, as well as Coppola’s surprising snatch as Best Director from Cannes in 2017. It’s well earned--throughout the film, Coppola orchestrates the film’s Civil War atmosphere, which lends itself disturbingly well to the genre of horror. It’s a visual jewel to behold, as trailing forests encroach on the Southern mansion, soaking up your breath, in shots that seem to swallow up the young girls. As they move through the walls of the mansion, like pretty ghosts, filmy lace curtains swirl over the screen, simultaneously feminine and haunting. Coppola’s silent coordination is also visible in a school religiously regulated by Miss Martha Farnsworth (Kidman), tearing at the seams, that slowly allows the surrounding wilderness to creep in. You can practically feel the restraints on the young women by southern society, clamped to their good manners and light French, that outright choke school teacher Edwina Dabney (Dunst). When Cpl. John McBurney (Farrell) arrives, helped on the arm of one of the younger girls, dangerous feelings come to the surface.

When the man arrives, three different women place their own expectations on him. “McBurney” seduces them each, whispering words they want to hear. The upstanding Miss Martha yearns for intelligent company, Miss Edwina for lust and escape, while young Alicia (Fanning) dreams of fantasied love. Things go terribly wrong when Miss Edwina discovers him with Alicia, and when he tries to shush her, Edwina shoves him down the stairs in hurt and rage. His wounded leg is still barely healed, and the bone comes out as he rolls down the steps. Miss Martha decides she must amputate the leg before it festers and rots, and when McBurney wakes, the former charmer is beyond madness, horrified at the butchery that makes him “less than a man.” He seeks control and revenge, shattering and screeching over the house that has become his prison. The girls must get it back.

The film is most successful in that aspect--it’s downright terrifying. It’ll get your heart pumping as McBurney rages through the house, beyond recognition, and even in the film’s pre-climactic stillness, you can feel a misalignment in his smooth sweet words. There’s the feeling that something can go very, very wrong. We watch budding rivalries grow between the women who warm to his presence, and when McBurney loses the honey upon losing his leg. The plot resolves smartly, horrifyingly, and in the end is an artistic, moody masterpiece for the times. Coppola’s is an adaptation of Clint Eastwood’s 1971 film of the same name, but has simultaneously staked its own place. There’s nothing to describe what she has done, only a keen crawl under your skin as you watch the screen shift.

The central trio of women also perform spectacularly. My personal favorite was Kidman, in her learned restraint and decorum, who still suffocates under its prim rules and regulations. Her tension, fear, and prevailing resolve to protecting the girls is utterly absorbing. Dunst is human and vulnerable in Edwina’s weaknesses and wishes; Fanning, more knowing and adult than ever in her portrayal of a young girl who seeks what she wants. Farrell, on the other hand, eclipses the static villain; through his eyes, he has committed no sin like killing or fighting, and is animally wronged when he wakes to losing his leg. There’s nothing compared to the final revenge the women serve him, although the trailer may have given it away. Miss Martha stares on, transfixing, as the sounds of death sputter from the other end of the table. The film demonstrates, in the end, how even the most innocent of souls will turn once deceived. Then again, it is hard to tell which is the deceived party, and which the innocent. As the mansion grows humid with anticipation, its morals grow even cloudier. Beguiling. 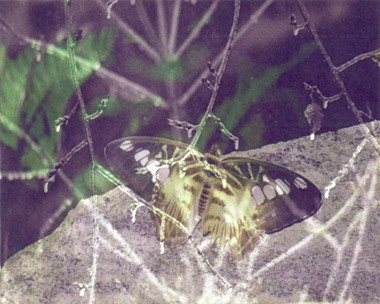