First there was Beethoven, then Mozart, and now Soulja Boy. Soulja Boy is not merely some forgettable pop sensation which is what separates him from overrated "musicians" who write hebetudinous lyrics and remain popular because of their good looks (i.e. The Beatles, Simon and Garfunkel, David Bowie). A new era of not only musician, but God, has arrived and His name is Soulja Boy.
From track one, Soulja Boy's CD "Souljaboytellem.com" does not disappoint. Soulja Boy is a breakthrough for rap as Elvis was a breakthrough for rock and roll. While rap was once dirty, nonsensical lyrics with trite beats, but Soulja Boy has found a way to make rap beautiful. It's not difficult to see why "Souljaboytellem.com" is a record that people of all ages are listening to.
Soulja Boy tells us what it really means to love in his timeless classic "Soulja Girl". He even gets a little political in his hit "Yahh!". In "Yahh!", you hear the touching story about a fresh-out-of-high-school boy named Roger who joins the military so that he can get money for college, but it's not long before he realizes that the military is a violent and brutal place that's not worth the college money. One day, while in the heat for battle against a group of armed terrorists, Roger's best friend, Josh, is shot in the knee. Roger doesn't hesitate to run out to Josh in an attempt to save Josh's life, but unfortunately, Roger is shot by an Iraqi terrorist. Roger dies, but his soul lives on in the heart of every American citizen. I had always been under the impression that going into war was a patriotic thing for you to do, but now I realize it's suicide. We are fighting on a complete lie and need to bring our troops back home. Soulja Boy for president!
Every song on this album is great, but one song in particular stands out- "Crank Dat". "Crank Dat" is Soulja Boy's magnum opus. Never in the history of music has there been a song as wonderful as "Crank Dat". "Crank Dat" is a autobiographical ballad describing Soulja Boy's neglectful father and Souja Boy's longing for one, simple hug from his dad. It's beyond moving and you can truly hear the sincerity in Soulja Boy's voice; it makes me want to cry.
I highly recommend Soulja Boy's latest record, "Souljaboytellem.com". It will change your life forever.
10/10 stars. 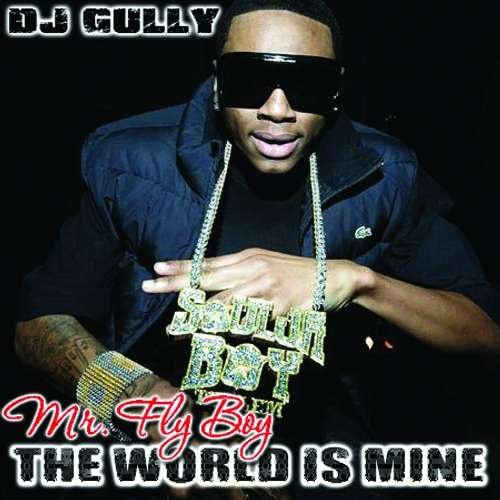 View profile
SOUJA BOY HE COOL NAW LET ME TELL THE TRUTH SOUJA BOY CAME OUT WITH A DANCE SONG PEOPLE LIKE TO DANCE SO WHY NOT BUT THEN HE GOTA GETTIN GARBAGE BIRDWALK WAT IS HE SAYING IN THE SONG TURN MA SWAG ON WELL THAT WAS ALL HE WAS SAYING KISS ME THROUGH THE PHONE THAT WAS SAMMIE SHINE TIME SOUJA BOY WHACK
hey_itskatelyn PLATINUM said...
on May. 12 2009 at 9:09 pm
hey_itskatelyn PLATINUM, Willis, Texas
21 articles 0 photos 217 comments

Favorite Quote:
“God, of your goodness, give me yourself; you are enough for me, and anything less that I could ask for would not do you full honour. And if I ask anything that is less, I shall always lack something, but in you alone I have everything”

View profile
i really dont think soulja boy should be compared to such great artists. because truthfully, he is just another rapper with average lyrics. crank that comes across as dirty, rather than inspiring. i found myself confused after reading this, thinking: are we talking about the same artist? And are you comparing him to God? seriously?????
hottie101 said...
on Oct. 16 2008 at 10:22 pm
i think that he is good with his song and also good looking!!