Full of mesmerizing vocals and eerily haunting lyrics, “Fallen” is alternative rock band Evanescence's Grammy-winning debut album. It spent 104 weeks on the Billboard 200, with over half that time in the top 20. It went platinum seven times, had five Grammy nominations, and went on to win two. All of these accolades speak to their enormous talent. Their lyrics touch on topics other artists seem to avoid, seamlessly conveying real emotions that everyone feels.

“Fallen” features powerful female vocalist Amy Lee, who provides a refreshing change from the male singers currently dominating rock. Her voice is so emotional that it feels as though she's sitting right in front of you, letting you help her bear the burden of her sorrows. Unlike most mainstream music, “Fallen” gives listeners something to think about and stays with you.

Lee and Ben Moody founded the group in Little Rock, Arkansas, in 1995, after meeting at a youth camp. Their big break was in 2002, when Evanescence was asked to headline the soundtrack for the movie “Daredevil.” By the time the film was released, “Bring Me to Life” was all over the radio.

Evanescence always keeps listeners guessing, using an interesting mix of styles including classical strings and modern guitar riffs. For example, the orchestration of “My Immortal” is almost completely piano and violins. In contrast, many songs have hard-rock elements, including heavy drums and guitar riffs, such as the first track on the album, “Going Under.” These compositions are a mixture of heaven and hell, with angelic voices in the background of “Everybody's Fool” contrasting with the screaming men on their hit single “Bring Me to Life.” This unusually beautiful sound gives Evanescence an originality that is unmistakably their own.

Many of the songs were influenced by the deaths of Lee's 3-year-old sister and Moody's grandfather. The strong messages about loss and depression induce emotions that may be undesired for some. But themes of worthlessness and inadequacy are ones that, as teenagers, we need to healthily explore, and music like this can make you feel as though you are not the only one.

On many albums, the best song is not the most well known. “Imaginary” forced me to dig deeper. At first I had no idea what the song was about, but after a while, the nonsensical chorus, which speaks of purple skies, paper flowers, and candy clouds became a reality. I realized she wanted to get away, leaving her troubles by creating a fantasyland. By inviting me along, Lee showed me how to use creativity to make my own fantasyland.

Something deep speaks to me when I listen to this music, something that lurks behind the words – perhaps a glimpse of myself. 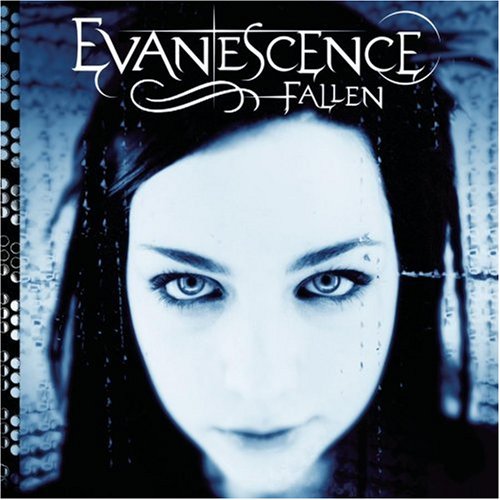 Favorite Quote:
Take me As I Am - James Labrie of Dream Theater

Favorite Quote:
-Biting's excellent. It's like kissing only there's a winner."-Doctor Who, The Tardis

View profile
I feel the same way about Evanescence. When Amy Lee sings, the lyrics don't let go of you, and her voice is just so pure. Imaginary is one my favorite songs, although Missing will always be at the top for me.
Kai17 GOLD said...
on Jan. 11 2011 at 12:24 pm
Kai17 GOLD, Spokane, Washington
17 articles 5 photos 339 comments

Favorite Quote:
*beepbeep*
"Where to, Miss?"
"To the stars."

View profile
A lot of my friends don't really do Evanescence, but I love it. Imaginary was one of my absolute favorites, and 'Hello' helped me get through my Grandpa's death. I love the other CD too; The Open Door.
Wolfheart BRONZE said...
on Jan. 10 2011 at 8:32 pm
Wolfheart BRONZE, Aslan&#39s Country, California
1 article 10 photos 41 comments
View profile

Nicely done! I really like evanescence and this just made me like them more. I mostly like bring me to life and my immortal. Amy Lee has such an awesome, beautiful and unique voice.

Keep up the good work!

View profile
You are completely right about Evanescence. They are my absolute favorite band. Your review is REALLY good, too- it captures the essence of their music and is very persuasive about the group in general. Great job!
DoloresDarling said...
on Dec. 29 2010 at 3:05 pm
DoloresDarling, Cambridge, Ohio
0 articles 0 photos 137 comments

Favorite Quote:
Sarah Michelle Gellar- [on the importance of reading] I love books. I\'m constantly afraid we\'re moving into this digital era where books are going to go away, and to me books are the basis to everything in life. Reading is how we function.

View profile
I completely love Amy lee and Evanecence..I have both fallen, and one of her other cd's. She does have a great voice, and her style of music is unique. XD The way she dresses, is unique also and it fits her well..xD