Mention Hollywood heartthrob Ryan Gosling, and the grungy, bearded guy in “The Notebook” comes to mind. Most don't picture him at an indie rock music festival with his best friend, Zach Shields, and a bunch of kids dressed in Halloween costumes, and definitely not playing in an indie rock band.

Zach and Ryan met in 2005 when they were dating sisters. They discovered a mutual obsession with ghosts, zombies, and monsters, and decided to write love songs about them. Their first album, self-titled “Dead Man's Bones,” was released in 2009, and they collaborated with the Silverlake Conservatory of Music Children's Choir. They chose to play all the instruments on the album, including those they had never touched, and never did more than three takes, believing that imperfections highlighted the strengths of the music.

My initial thoughts were What the …? and This is the creepiest thing I've ever heard. But after I got over these feelings, this album started to grow on me. The songs provided a feeling of comfort through the trance-like voices of the men and the choir of children. Each song has its own feel. Some are catchy and humorous while others are resonant and serious.

I'll start with the first creepy song, “Dead Hearts.” It begins eerily, with something that sounds like a heartbeat and rhythmic guitar. At the climax, glass shatters in time with the music, then it slows and you hear footsteps and scraping noises. I would probably get scared if I listened to this alone.

The title track is my favorite because of its upbeat rhythm. The beginning is similar to
jazz music. When the chorus comes in, a tambourine and piano join as well. The lyrics explain that no matter where you are, chances are you're standing on a dead man's bones.

“Pa Pa Power” is one of the better-known tracks. It begins with a techno beat and tambourine, drums, and synthesizer. Then a man and the choir of children alternate singing “Pa pa power pa pa power.” Lyrics like “Burn the streets, burn the cars” and “Broken glass, broken hearts” seem to be about the destruction power can cause.

“Dead Man's Bones” was definitely not what I expected, but turned out to be a lot less creepy than I first thought. This album is worth the listener's time, and I&#39d recommend it to any fan of alternative or indie music. It's a combination of creepy, upbeat songs and background music from a zombie movie, and it's perfect for any fan with an open mind. 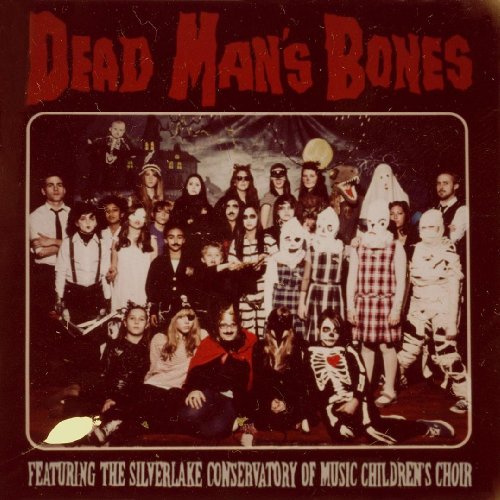 
Buy from Amazon
The author's comments:
This was actually written as an assignment for a class! hope you enjoy it! comment?
Post a comment
Submit your own