After having previously bought a couple of The Beatle's earlier albums, I was itching to buy another, so I purchased "Revolver', first released in 1966. After reading positive reviews I had high hopes for the album, and I definitely wasn't disappointed.

Since the album was released when The Beatles were beginning to experiment more with their music, you can expect to see some of their more "out there' tracks, straying from classic pop hits such as "She Loves You' and "I Want To Hold Your Hand', and making the transition to John Lennon's psychedelic masterpieces such as "Tomorrow Never Knows', and "I'm Only Sleeping', but also featuring "Yellow Submarine', the childlike song with Ringo Starr on lead vocals, by Paul McCartney, and another one of his contributions; the poignant ballad "For No One'. However, let's not forget George Harrison's role, on this album he was able to display his growing stature as a talented songwriter with the melodic "I Want To Tell You', and the heavily Indian - influenced "Love You To'.

A personal favourite on the album is "And Your Bird Can Sing', a biting rocker by John Lennon, notable for it's dual - harmony guitar riff, however described by him as "one of my throwaways', although I honestly cannot see why. However it's unfair to single out just one song, overlooking the others, spanning a variety of different musical genres, displaying that The Beatles are as versatile as they are innovative.

This album helps to define why The Beatles are seen as one of the most influential bands of all time, helping to shape music for the future, even the most cynical Beatle - hater cannot deny that. So, is it the best Beatles album of all time, well it's certainly one of my favourites, but why don't you have a listen for yourself and find out? 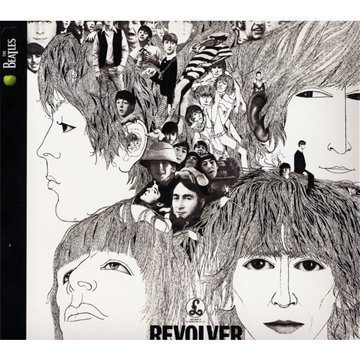 
Buy from Amazon Available on iTunes
The author's comments:
I hope you enjoy my review, and that it will make you listen to some of the songs on the album. Although I'm afraid I will always give a positive review, I am bias in the way the I think The Beatles are amazing :)
Post a comment
Submit your own

View profile
hey, great review! i haven't heard a whole lot of Beatles songs, just the classics, but your review is well-written and convincing.
LouiseM BRONZE said...
on Sep. 8 2010 at 4:44 pm
LouiseM BRONZE, Leesburg, Virginia
3 articles 0 photos 1 comment
View profile
Hi there, thank you very much for your comment, it's nice to see another Beatles enthusiast!
GreatPerhaps said...
on Feb. 22 2009 at 10:47 pm
Dear Louise,

I have no idea if you wrote this review a day ago or a year ago. Maybe you've forgotten it's still floating out in the internet, or maybe you've been waiting for a comment ever since you pressed the submit button.

(Does teen ink use submit buttons? I hope so; I've never actually submitted anything on the website. I just thought the phrase sounded nice.)

Anyway, I just thought you&#39d like to know, I loved your review. Revolver is my favorite Beatles album (followed closely by Abbey Road and the white album).

AND! I love And Your Bird Can Sing too! It's one of my favorites on the album (it's really quite impossible to pick just one). Thank you for your review!