Favorite Quote:
There is something you must always remember. you are braver than you believe, stronger than you seem, and smarter than you think. but the most important thing is, even if we're apart.. i'll always be with you. -Christopher Robins

I haven't ever seen a review on M83 but I suppose I'll write one, but my opinion doesn't really matter to you, does it? NO! Then why are you reading it? Cause you want to explore and I want to express this, so let me!

M83 is a french electronic band that beleive it or not isn't quite together anymore. Anthony Gonzalez basically is M83 now since his band mates left him. I don't know a WHOLE lot about their past, I just know some simple facts. Like they did the whole album for the movie Oblivion with Tom Cruise and Morgan Freeman in it.

Their music , I can't really give a word to describe it. Each song has its own feeling. Like sadness, celebration, rebellion, harmony, and more. Thats how I decide which song of their's to listen to, based on feeling.

Anthony is a very talented musician, but many of their songs don't necissarily involve lyrics. Its just music, well not just. More like, the music is the only kind that can reach deep into your soul and pull your heart strings.

I place many of the songs by M83 in my life and associate them with things. Like Midnight City is for when I'm in Leadership. Or Wait is when I'm feeling unloved by people.

I don't try and stop their songs from coming back to me because they are a special thing to me. They ARE a part of me I guess you could say.

Everybody knows them from TFIOS or TVD or even Divergent, but I know them all because of my little brother. He liked only one of their song's and I listened to it and eventually fell in love with their music. Who can blame me? They're just so.....exotic, harmonistic, I don't even know.

They aren't a very popular band, but they're what I like, and thats all that matters to me. 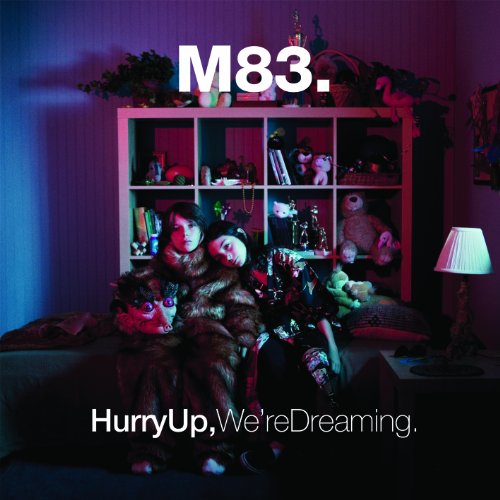 I was listening to them when I wrote it obviously