What We Saw from the Cheap Seats by Regina Spektor

Assailing and balladeering, Regina Spektor queens the realm of charismatic odes to love and all the other useless things in life. Her 2012 album What We Saw from the Cheap Seats dazzles; it deserves description only by superlatives. But this isn’t the first time Spektor has led the world marching to her cleverly worded anthems. Now the sixth in a procession of albums (remember Far?), her songs have been pulled to dazzle the OST’s of the likes of the Chronicles of Narnia and breezy love affair (500) Days of Summer.

And everything we’ve come to love about the “Soviet Kitsch” has returned. No, she hasn’t changed much; no, we haven’t lost her. Songwriting that crowns her as proud as she is ethnic is realized—oh, you’ll hear more than just English on this tracklist too. She champions verses tender yet supreme as her vocal power: a mix quaint enough to delight. Her tales reminisce of a splendid age that’s yet to pass, and they overflow into and over your arms. While the few and fanciful references to today’s hooked youth pass on, like jokes. Truly; Spektor is as free as ever.

The most magical part? Spektor urges us to feel grand in the scheme of things. For tunes that rise and fall as the empires of old, humbling at a moment’s notice, they fill. The laments and hymns are more personal than ever, escalated often as twentyfold axioms of sweet, sweet sound. Which is probably what we saw from the cheap seats: a very good show. 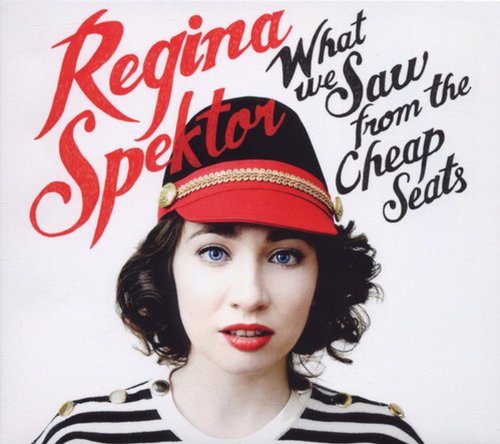 Favorite Quote:
For you, a thousand times over.

View profile
Great review. I really like your writing style. I actually LOVE Regina Spektor,but Idk, I wasn't really feeling this album. I did like Ballad of a Politician and Call them Brothers though :))