The tale of the breakout actress-turned-songstress might not break headlines. After all, the next pop princess to announce she’s now going to sing for everybody is hailed with more criticism than usual—and while Hailee Steinfeld’s first EP debuts with less than groundbreaking new beatz, the songs are catchy, and ride like proud self-love anthems.

Personally, I love all the EP’s four songs to death, and have been loving them ever since the full audio was released to the web. The striking declarations of “I love me” that pepper choruses and the mantra “I’ll stick with hell no’s and headphones” emanate with clear and revelatory messages. Better yet, various rocky instrumentals insist on an active, infectious beat. Steinfeld sings smooth, flawless, addressing the pressure on girls to self-sacrifice without ever losing her own cool. And although references to wasted teens and blown parties don’t go away, Steinfeld still asserts cleanly with lines like “Don’t want another drink, I just want to be alone…” and other bluntly smart statements. There’s nothing faux that forces its way into the tracks; and it’s amazingly fresh to hear.

But as fun and morally gratifying as the songs get, even the snaps and quirks of standouts like “Hell No’s and Headphones” carry influences of well-known synth and danced-out mania. They’re good. And they’re catchy. It’s just that none of it feels that new. But the songs don’t bleed into each other. “Love Myself” hits the ground running, sleek with a running tempo, easy to ignite a dance party like the one we see in the single’s music video. “You’re Such A” slams with fun, playground rock that punches through the air. (The real fun’s in the unfinished title.) “Rock Bottom” grasps compromise in a relationship and all of its unpredictable swings. “Hell No’s and Headphones” walks around plugged in, capturing Steinfeld’s breathy climax and equally rhythmic prose. It leaves the party confident as ever, simultaneously sympathizing with wallflowers and party-goers alike. Of course, we all know we can’t wait to come back. 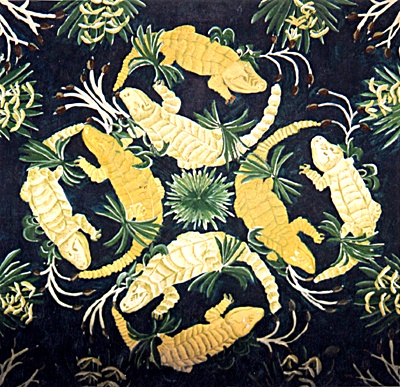