After a slew of successful folk albums, Michaelson returned in 2012 with Human Again. Featuring the same warm voice, the album takes a different route; we can practically feel Michaelson’s soul set on fire. From declarations of war to calls to action, the leading track “This Is War” says it all. It’s fueled by ukelele, battle scars, and paint-stained bombs, staking in the ground Michaelson’s determination to get back on her feet.

While simple, Michaelson’s songs are stirring and revitalizing as ever. After “This Is War” starts the cannons firing, “How We Love” takes us back to civilian life, her warm voice washing over a medley of strings. It’s one of the most bare songs on the album, but still beautifully special. “Keep Warm” features an orchestra that leans minor, and Michaelson’s knack for romantics makes the song cozy and safe. In her voice, we find a safe haven built for two, protecting us from the battles outside.

Michaelson never fails to sing with a unique kind of sweetness. Her ability to pair strings and other sounds to her versatile voice makes the album endlessly fascinating; you never know what’s coming next. In “Do It Now,” a swinging orchestra shares the stage with her voice, and ribbon-like strings punctuate her words. “I’m Through” is more tender, featuring dramatic, lazy instrumentals. Michaelson’s voice is like a stray spotlight, and her grief comes streaming through. Before long, “Blood Brothers” brings the album marching back to life; “Ribbons” is riddled with anger and regret. One of the most memorable tracks is the single “Ghost,” a song anchored with a bold solo violin, and Michaelson’s own soaring voice.

From the start, it’s clear Human Again is fraught with tragedy, and from it, hope. Michaelson’s soprano rises above the clouds, only to return to earth for the reincarnation of her soul. “Fire” is the most obvious example; openhearted, quick, the song is like a surge forward you can feel in your bones. “Black and Blue” is funky, snazzy, proving revenge is best served with coffee and tarts. There’s even a cameo for milky electric guitar in “Palm of Your Hand.” In the end, themes of battle, regret, and the ever-cleansing sea come to bring the album full circle. “In the Sea” crashes like the ocean, churning, dangerous, where Michaelson describes she has begun to feel again. And despite the song’s name, “End of the World” feels like something is beginning. The song is a sweeping ode to all of Michaelson’s drifting heartbreak, sorrow, and anger, a movement of pure sound and heart. We are human again, for good. 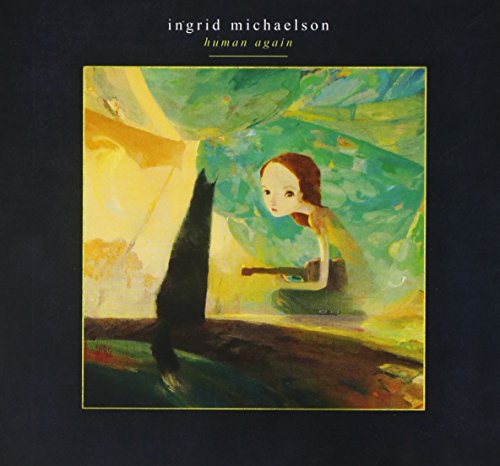