Electra Heart by Marina and the Diamonds | Teen Ink

Electra Heart by Marina and the Diamonds

After The Family Jewels cemented her place in the world of Alternative-style music, Marina and the Diamonds (aka singer Marina Diamandis) returned in 2012 with an album that’s more flesh than bone. It all centers around the elusive identity of Electra Heart. Diamandis’ ability to create such a character makes the album shine: through the music, we watch Electra Heart’s story unfold, in all of her drama, glory, and sugar-coated lust for power.

It all begins with “Bubblegum B*tch.” From the start, it’s clear she’s unafraid of the spotlight. A jamming, dangerous, biting jewel, the song gives us a first-class seat to the show. We see Electra as the world does: a beauty queen with a flair for glamor and greed. “Primadonna” is the follow-up to that portrait, a wicked gem as sweet as cotton candy. Then, the glory is stripped away in “Lies,” where the shame and loneliness is revealed. Indeed, Electra’s character is like a diamond herself, whose individual facets are explored in each song. “Homewrecker” returns to the real-fake world, where her crooning voice takes on another elaborate guise. Rich with cynicism, satire, Diamandis’ voice shows itself capable of being everything from sugary sweet to murderously hungry.

The jewels of the album might seem distant, lost somewhere in the ’50s, yet each song is extremely personal. Her music invites us into adventures as engrossing as they are unforgettable. “Starring Role,” ironic to the title, dwells in the shadows. Diamandis’ voice is intimate as ever, as well as sharp, angry, burnt. Meanwhile, “The State of Dreaming,” one of my personal favorites, shows Electra at true peace and true loneliness. Her voice is clear and pure, yet strikingly sad, and in this song, poised like a work of art. It’s extraordinary how beautiful her music can be. “Power & Control” takes a different route. We come back into a private, dangerous chapter in her story, which circles obsessively around Electra’s quest for power. “Sex Yeah” is surprisingly philosophical, and transcends its title. It delves into a TV-washed culture, and historically confining gender roles, where her own voice searches for a place in the madness. “Teen Idle” washes over glorious, mixed images; her sweeping voice is constantly searching for power, and running from regrets. Indeed, Diamandis has the incredible ability to express herself as larger than life, creating a story arc like no other.

In truth, the album is like a history of its own. Bafflingly grand, it’s constantly kept alive by Diamandis’ versatile voice, and her choice selection of instrumentals that document her rise and fall. Everything has glamor. “Valley of the Dolls” is one of the greatest examples, where we become lost in the music, trapped underwater. Her deep, stirring voice is filled with loneliness, rising like a beacon out of the valley. “Hypocrates” is gentle, doll-like, and shimmers like the holidays. And in “How to be a Heartbreaker,” we fall from the heavens back to earth. In this fruity chapter of Electra Heart, we’re surrounded by ulterior motives, and one bouncing beat. “Radioactive” is chalky, striking, like an explosion of sound. And finally, the last track on the album reflects on the many faces of Electra Heart. Like all the others, there’s a gem hidden within the music. In “Fear & Loathing,” it’s her loneliness, and her voice, rich like syrup, ends Electra’s descent into ruin. We’re left in the smoky, indistinct landscape that’s left. And so ends the tale of Electra Heart. 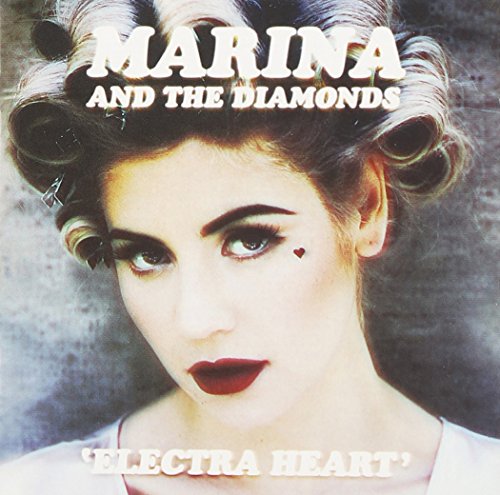