“Ink and Incapability:” A Look at Blackadder’s Diction | Teen Ink

“Ink and Incapability:” A Look at Blackadder’s Diction

Episode two in the third season of Blackadder best epitomizes the recurring plot, the cunning wordplay, and the droll characters that endear the series to its viewers.

“Ink and Incapability” documents two endeavors to change the status quo, Prince George's to advance in the intellectual hierarchy and Blackadder's to advance in the social hierarchy. It begins with George, the Prince Regent, announcing to his butler Blackadder, as the latter dresses him in bed, his resolve to become “clever as a stick in a bucket of pig swill” from “thick as a whale omelet.” George decides to achieve, or appear to have achieved, his leap of enlightenment by becoming a patron of Dr. Samuel Johnson's new book, the first English dictionary. Blackadder then reveals to Baldrick that he regards Johnson as a "wobble bottom,” because Johnson has yet to reply to him after he sends to Johnson his novel Edmund: A Butler’s Tale, under the pseudonym Gertrude Perkins. Both sets of hierarchy, social and intellectual, are established in the first two scenes, with Blackadder at the top of the latter. While Blackadder folds George's pajamas and tidies George’s bedsheet, he is the more eloquent between master and servant, as manifested in their response to insults. Upon hearing that George was accused of “the wit and sophistication of a donkey,” Blackadder deems it an “absurd suggestion, unless, of course, it is a particularly stupid donkey,” whereas the Prince thinks it witty to retaliate: “O Bugger off you old fart.” Likewise, while Blackadder’s novel is “a giant rollercoaster of a novel in four hundred sizzling chapters,” Baldrick’s semi-autobiography is so short that I can type it without block quotations: “Once upon a time, there was a lovely little sausage named Baldrick, and it lived happily ever after.” With only “a peanut for a brain,” the Prince Regent thinks Johnson “a bit of a thicko” for writing a dictionary without a plot, but, upon learning that Johnson plans to have Edmund: A Butler’s Tale patronized with his dictionary, Blackadder obtains the patronage for Johnson after Johnson has left, by having George believe that his rejection is a brilliant joke, only to find that Baldrick has burnt the dictionary for matches. Blackadder then learns from Johnson that the dictionary has no second copy, and that his friend Percy Shelly would disembowel anyone who loses the manuscript, leaving Blackadder to either rewrite the dictionary in the night before Johnson's return, or to flee to Naples and live as a goat. As Blackadder rewrites the dictionary, George and Baldrick try to be helpful, but only as much as "a barbershop on the steps of the guillotine.”  When Johnson arrives, Blackadder only has the definitions for “a” and “aardvark,” but they discover that Baldrick has burnt Edmund: A Butler’s Tale instead of Johnson's dictionary, with which George has been looking up rude words all night. In the end, George accepts to become a patron to Johnson, who nevertheless considers the Prince the worst precedent for dictionary users, Blackadder takes a brief recess to howl for his novel in the vestibule, Johnson storms out after reading Baldrick's autobiography because he has missed the word "sausage," and Baldrick again uses the dictionary as matches. Everything returns to the status quo. The Prince Regent is still rated stupid among intellectuals, Blackadder still not a millionaire writer, and Baldrick still unable to tell the first English dictionary from matches – the social and intellectual hierarchy remain unchanged, poised for another episode of unrequited schemes and satire.

As an episode on the first English dictionary, “Ink and Incapability” is a celebration of the English language: similes such as in Johnson’s view of Blackadder: “A servant who is an influence for the good is like a dog who speaks – very rare; a man who can change the prince’s mind is like a dog who speaks Norwegian – even rarer;” puns such as in Baldrick’s definition for c-words: “big blue wobbly thing that mermaids live in;” the dictionary-like parallelism such as in Baldrick’s explanation of his burning the dictionary to Blackadder:

BALDRICK So you’re asking where the big papery thing tied up in string belonging to the baity [sic] fellow in the black coat who just left is?

BLACKADDER Yes, Baldrick, I am. And if you don’t answer, then the booty, bony thing with five toes at the end of my leg would soon connect sharply in the soft dangly collection of objects in your trousers. For the last time, Baldrick: where is Dr. Johnson's manuscript?

BALDRICK On the fire.

BALDRICK The hot orangey thing under the stony mantlepiece.

Literary allusion as in the episode title that mirrors Jane Austin’s Sense and Sensibility; historical allusions as in Blackadder's order for "Geralds [as in Gerald Sandwich, who first thought of putting lettuce between slices of bread];” assonances such as in Blackadder’s frustrated screaming over his a-words: “It’s an aardvark. Can’t you see, your highness. It’s a bloody aardvark;” twisted syntax as in, when George is almost to “embrace this unholy arse [Johnson] to the royal bosom,” Blackadder becomes “instrumental in keeping your bosom free of arses;” and anti-French stereotype as in “I am as happy as a Frenchman who has invented a pair of self-removing trousers.”

These jokes form a verbal hierarchy that contradicts the social order. The vocabulary as a parameter to intellectual status is established when Blackadder offers Johnson his “most enthusiastic contrafibularities” for the dictionary:

BLACKADDER Leaving already, Doctor? Not staying for your pendigestatory interludicule?

JOHNSON No, sir. Show me out!

BLACKADDER Certainly, anything I can do to facilitate your velocitous extramurilisation.

JOHNSON [to GEORGE] You will regret this, sir. Not only have you impeculiated – heh [turns and tilts his chin at Blackadder] – my dictionary, but you’ve also lost the chance to act as patron to the only book in the world that is even better [Edmund: A Butler’s Tale].

While Blackadder stands atop this hierarchy, Baldrick and the Prince’s lowly positions are evident in their forever misinterpreting Blackadder and Johnson. Compare, for instance, Blackadder’s definition of aardvark: “medium-sized insectivore with protruding nasal implement,” with Baldrick’s definition of dog: “not a cat.” Blackadder’s “novel” becomes Baldrick’s “navel;” Blackadder’s "magnum opus" becomes Baldrick's "magnificent octopus." Likewise, when Blackadder reports to George that Dr. Johnson is happy to have "finished his book," George replied: "Yes, well, I am a slow reader myself.” The enthusiasm with which George resists looking stupid, first by becoming a patron to Johnson and then by obliging to Blackadder to rewrite the dictionary, ends in utter futility, for Johnson still resents George’s sullying the first English dictionary by underlining its entries for dirty words. In the end, for all Blackadder’s threat to stab him with a pencil, Baldrick again burns the manuscript as matches, sealing the cycle of his and George's trying and failing to expand their single shared brain cell. The episode manifests their hopelessness, hence the hopelessness of a social hierarchy where power never goes to the sanest. Furthermore, to endow unrivaled wit to Blackadder, entitled to deride both the upper and lower classes from the middle, allows the writers to exploit his cynicism for punchlines and for the viewers from all classes to sympathize with his meanness. Blackadder speaks for those who cannot speak against other people because they do not have the vocabulary.

Despite its satire of the unreasonable delegation of power in Regency England, Ink and Incapability is far from incendiary because of its endearing characters. I never feel Bolshevism towards the Prince Regent as that I feel towards Daisy Buchanan, because George is always trying to be a better person, whether by funding a dictionary or helping Blackadder with b-words, despite his doomed failure. His unrequited resolve to self-improvement is shared among his lowlier counterparts, including successful actors such as Stephen Fry, cast as the Duke of Wellington, who shot the Prince Regent in the final scene of season three. I also forgive Blackadder for bullying Baldrick, because I relate to his buried fantasies and frustrations. Blackadder is most endearing when he loses his cool, such as when he blurts out “millionaires” and crashes the teapot into the tray, or when he calmly informs George of his plan to “hack my head off with a big knife” before Lord Byron kills him with syphilis. He copes with life threats and stupid people with a boyish subversion, offering his contrafibularities to a dictionary author, for instance, voicing our shared instinct to “pericombobulate” egotistical eggheads. Even Baldrick, with his sooty slim and infuriating ignorance, deserves sympathy, because he epitomizes the common man without George's wealth or Blackadder's genius. Should all Blackadder fans be born in the Georgian era, most would be impaled with a pencil for losing important paperwork as they now do at work and in school, rather than weaseling their way to the royal wallet like Blackadder. By investing their creations with 21st-century flaws and grievances, Elton and Curtis capture the complexity of humankind – the ripples in history that make our past beyond mechanical progress or repetition.

The complexity of Blackadder characters further adds complexity to the overall message of the series. Should Elton and Curtis present Prince George as a male version of Marie Antoinette, or Blackadder as the proletariat-flogging bourgeois in Soviet propaganda, or Baldrick as the dog-wrestling tramp in William Hogarth’s Beer Street and Gin Lane, they would plunge their viewers into a pool of nihilism as Blackadder plunges Neville the fat hamster into the sink as a dishmop; instead, they inspire a reflection on their wronged national past, for even Blackadder deserves better than to die for madman Melchett. Each character embodies an aspect of humanity worthy of salvage from the Flanders debris – the scholarly passions of a pinhead prince, the buried dreams of brooding butler, the forgiving innocence of an ignorant inbred – potential of an enriching life if born into a society that acknowledges its worthiness. Blackadder reveals the tragedy of a world where hierarchy confines conscience and wisdom to its birthplace. This is why history teachers include Blackadder in their curriculums: rather than reject humanity for its mistakes, Blackadder has urged generations to correct them. Comedians have mocked man for all the wrong directions in which he has gone; the point, however, is to point out the right one – and Blackadder did just that. 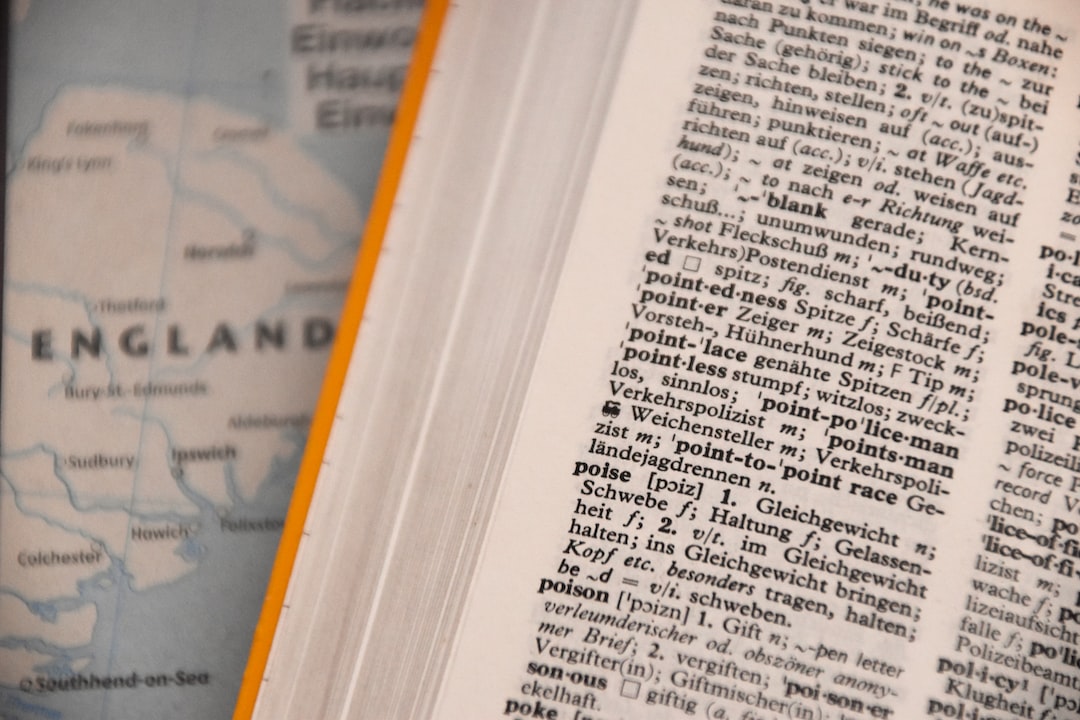 Photo by Waldemar Brandt on Unsplash

This is a review for “Ink and Incapability,” my favorite Blackadder episode.