Teen titians is a TV show about 5 teens that all have superpowers. based on the Comic book Titans Go!
Robin- The Leader, He is master at martial arts,
Cyborg- He is a half humal half Robot. his wepons are stored in his robotic arms, like his Sonic blaster. he spends alot of time playing video games agenst robin or beast boy.
Starfire- A Alian from the planet tamerainian. she can fly and create Green star beens and is SUPPER STRONG. Because she is new to earth she is usally cokking up some strange food from her planet, that no one else can stomach
Beast Boy- He is a shape shifter that can change into any animal. he most comminly changes into a T rex or gorilla when fighting. he is the comic in the group but most people [all people] dont find them funny.
Raven- Raven can move objects with her mind, when she moves them they turn black, she can flay as well. she wears a long dark blue cloak covering her eyes adding her mysterious past. She Spends most of her time meditating {to help controll her powers] or reading one of her spell books in her room.
When they arnt hanging our eating pizza in the T Tower [a tower shped like a T P.S duh} they are fighting you guessed it Bad guys. Most Evil of all time bad guy is Slade. He is specilized in martial arts. He appears in the first eppisode with Cynderblock and plasmas. Cynderblock is a giant bolder type thing. super strom super big, and super herd to deal with. Plasmas is a big glob of purple Muck that cant really be distroyed. When Plasmas is sleeping he is a regular human but when he wakes up. He is the problem.
You cant find teen titans on very much. but I find it on cartoon net work on the weekends. 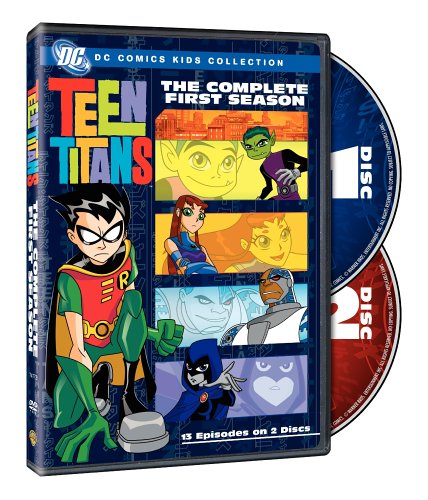 View profile
I just don't like Marvel and/or DC comics. They have insanely convoluted plots. Basically character discovers powers. Charaster teams up with someone. Character breaks up team. Character joins a group. Character goes to the dark side. Character attacks group or first partner. Character feels sad and goes back to good. Character meets new member or group. Character dies. Character comes back. Somewhere in this convolution character falls in love, breaks up, meets someone else, loves the first person, can't decide chooses first girl, tries to get married. Their partner either dies (before coming back), or the wedding is inturrupted- sometimes ending with memory loss.
TheJust ELITE said...
on Nov. 6 2010 at 4:28 pm
TheJust ELITE, Ellenton, Florida
254 articles 202 photos 945 comments

View profile
I used to loooooove Teen Titans! They don't play it anymore...now it's all dumb shows...except Unnatural History, but other than that they're all stupid...
SavCat said...
on Aug. 7 2010 at 12:19 am
SavCat, American Canyon, California
0 articles 4 photos 2 comments
View profile
Yeah, Teen Titans is my fav show and comic of all time. I really wish they hadn't cancelled it.. Well, great review! 1,2,3,4, GO!! TEEN TITANS
Estar-Forte BRONZE said...
on Nov. 4 2009 at 8:42 pm
Estar-Forte BRONZE, A Little Dot On A Map, North Carolina
2 articles 5 photos 11 comments

Favorite Quote:
"Happiness can meet you in forms of insanity, but at times you must look madly for it."