Something to Sing About


It’s your classic high school tale: girl falls in love with popular football player, popular football player dates evil cheerleader, cheerleader makes girl’s life miserable. But imagine that tale sung to a terribly catchy tune with coordinated dance moves by classically beautiful actors and actresses, with an abundance of less cliché, more intriguing story lines mixed in with it. That is the magic of Glee.
With the lack of interesting TV shows lately (How many more promiscuous shows about privileged youth could there be? How many cities can have such an interesting CSI unit?), many of which are just remakes of originals (Melrose Place, 90210, you know who you are), Glee is a breath of fresh air. Never before has a show mixed satirical on-spot humor, dramatic yet relatable storylines, entrancing musical numbers, and generally likeable characters in such a magnificent way.
The show centers around Will Schuester (Matthew Morrison) and his strong desire to reinvent his school’s Glee club, corrupted from the start thanks to evil cheerleading coach Sue Sylvester (a menacingly hilarious Jane Lynch) and spotlight-hog Rachel Berry (Lea Michelle, who holds the show’s secret weapon of a chill-inspiring good voice.) Rachel falls for star football player Finn (adorably clueless Cory Monteith), and joins the likes of others in love with Finn- his cheerleader girlfriend and celibacy club president Quinn (perfectly mean yet relatable Dianna Agron) and flamboyantly gay Kurt (entrancingly funny yet endearing Chris Colfer).
The first episode unfolds the show in a catchy way, but it’s once the series really gets going that the show becomes an obsession. Storylines hold a mix of humor and drama- Will’s manipulative wife fakes a pregnancy, preventing him from being with crush Emma Pillsbury (wide-eyed Jayma Mays) , while “celibate” Quinn is pregnant- with Finn’s best friend Puck’s (spot-on jerk Mark Salling) child in the most jaw-dropping and intense storyline.

The show makes you laugh out loud- Puck’s pool-cleaning business and cougar-hunting ways are a constant source of riotous laughs, as are the spotlight songs performed by the all-male “Acafellas” group. There are sentimental moments too, including Kurt’s emotional coming-out to his macho football playing father, or when Will devotes himself to his wife under the presumption of her being pregnant.

The show’s best part is the perfectly placed musical numbers. This isn’t High School Musical, there are no outbreaks of pop music in all the wrong places. It all makes sense, and the voice are nothing short of spectacular. The clubs cover of Don’t Stop Believin’ will be stuck in your head forever, with Lea Michele and Cory Monteith’s catchy duet hitting all the right notes. Lea Michele’s Take A Bow cover is perfectly suited for the scene, and so beautiful you might ask yourself “Rihanna who?”

Whether you’re a drama die-hard, a comedy connoisseur, or a musical maven, this show is suited for you. It’s a new addiction, with none of the guilty side effects of the added calories. Glee, as it seems, is nothing short of gleeful. 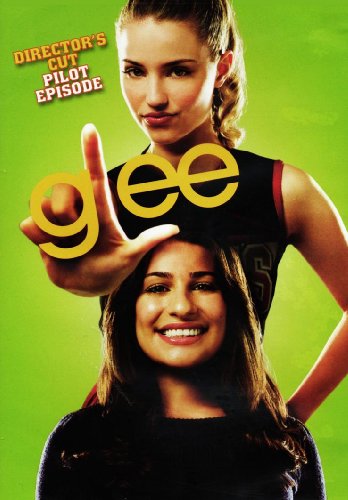 Favorite Quote:
winning is not everything its the only thing

View profile
This is a very very good review ! Most people I know don't like glee and I really don't see why? It is a great show about misfits just trying to fit in! I think that ot is a show everyone can relate to! and the story line are so funny and that show is amazing and deserves a award of some kind ( or an Emmy haha)
jph110 BRONZE said...
on Oct. 27 2010 at 9:09 am
jph110 BRONZE, Plaquemine, Louisiana
3 articles 0 photos 6 comments

View profile
This review is extremely well-written and insightful.  Being a Glee fan (I'm not a total Gleek; I just started watching the show), I enjoyed reading it.
SummerMornings GOLD said...
on Nov. 22 2009 at 12:02 pm
SummerMornings GOLD, Dunwoody, Georgia
11 articles 0 photos 11 comments

Favorite Quote:
"Life is beautiful, but it's complicated... we don't need to understand. There are miracles, miracles..."

View profile
That was really well written!! I watched Glee for the first time a couple days ago and it was great!