“My name is Michael Weston. I used to be a spy until…. When your burned, you’ve got nothing; no cash, no credit, no job history. You’re stuck in whatever city they decide to dump you in. You do whatever work comes your way. You rely on anyone who’s still talking to you; a trigger happy ex-girlfriend, an old friend who used to inform on you to the FBI, family too, if you’re desperate. Bottom line: as long as you’re burned, you’re not going anywhere”


Looking for a new show to watch? Do you want a show with action, romance, and comedy all rolled up into one? If so, there is no other television series to turn to but the hit show Burn Notice on USA Network.

Ex-spy Michael Weston is the perfect character. The show follows his life after being fired or “burned” from his job as an American spy. With help from his best friends Sam and Fiona, Michael spends his days doing everything he can to get his old job back.

While trying to get back in, Michael keeps a steady income by doing jobs for people in Miami. These jobs, however, are not normal jobs. Michael is the guy who takes care of things not doable by the police, but too big for everyday citizens. He is always putting his spy skills to the use fighting drug cartels, stopping corrupt CEOs, and ending the crime spree of Miami’s biggest con-artists.

As of January 2010, Burn Notice was in the midst of its third season. Although you could join the series now, I recommend renting the first two seasons from your local library to get caught up before watching live.

The show is quite simply a must watch. From the moment you turn on the TV, you will not be able to stop your trance on the amazing skill that is Michael Weston. Burn Notice is the number one show of the season. I highly recommend it to everyone. 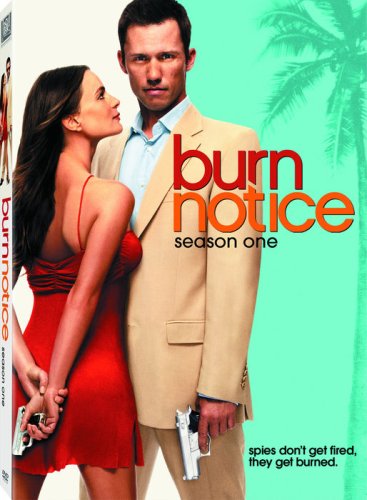 
Buy from Amazon Available on iTunes
The author's comments:
After starting watching the show in the summer of '09, I simply couldn't stop. Give this show a try, and you won't be disappointed.
Post a comment
Submit your own

Favorite Quote:
“Tell me and I forget. Teach me and I remember. Involve me and I learn.”
-Benjamin Franklin

View profile
Nice Article
DonaldDuck14 said...
on Jan. 24 2010 at 2:54 pm
Awesome review. I agree that this show is a must watch. This review is amazing. Well done.