US of Tara is on the Showtime on demand channel, channel 532 on my TV. If you have Time Warner cable, I'd suggest going to this channel and watching the full first season of this show. It only has 12 episodes, which made me very sad once I started to watch it.

Basically, US of Tara is about the typical American family nowadays; the mother's suffering from Dissociative Identity Disorder [DID], the son is gay, the daughter is a punk-rocker and the father seems to be the only normal one in the house. The mother, Tara, has four Alter-Egos. One of the Alters is a red-neck named Buck. Another is an old-fashioned woman named Alice who lives to cook and clean, and then there's T, the immature 16-year-old Alter who has a foul mouth and loves to dress in skimpy clothes. The last Alter comes later, but is called Gimme. I just finished all of the episodes last night, and I have to tell you I was impressed. I seriously loved every minute of it. 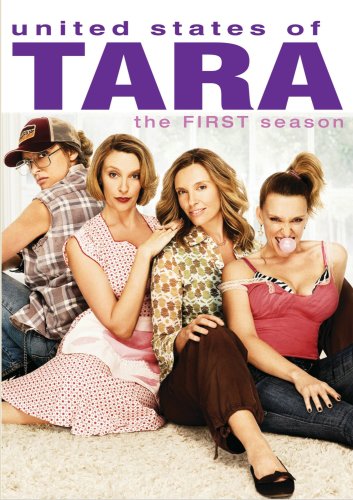 
Buy from Amazon Available on iTunes
The author's comments:
United States of Tara is one of the best series I've ever watched. It inspired me to create psychotic characters to have fun with.
Post a comment
Submit your own

Wolfsong GOLD said...
on Feb. 20 2010 at 11:31 am
Wolfsong GOLD, Willow Spring, North Carolina
12 articles 1 photo 12 comments
View profile
You're welcome! :3 I really did love this show, and I figured it was a different show to review, so, that's why I reviewed it. :D Thanks for reading! <333
FeedTheBirds SILVER said...
on Feb. 3 2010 at 11:19 pm
FeedTheBirds SILVER, San Diego, California
6 articles 0 photos 82 comments
View profile
I really want to see this show. Thanks for reviewing it. It seems there is a constant loop of the same shows reviewed here.