Favorite Quote:
"You never lose until you stop trying"

When you hear the title, “Dance Moms,” you’re probably thinking about moms who dance. Dance Moms is actually a new thrilling, cliff-hanging, nail biting, over the edge drama about wealthy mothers who enroll their daughters in a prestigious dance studio owned by Abby Lee. In this reality television series, families are documented as they prepare for dance competitions all over the United States. Most featured families are from Pittsburg, Pennsylvania and surrounding states and the program follows girls from ages 6 to 12 or “tweens.”

Consumerism seems to be the driving force behind this television series. The dance studio gets national attention while the owner of the dance school gets free publicity for her dance company. The name Abby Lee is advertised numerous times in every episode. In addition, the dancers are asked at every competition, “What is the name of your dance company?” I am certain that the dance company is also getting paid to host this reality series. The participants likely get paid for every show aired as well.

The show portrays young “tweens” as having to follow a certain sexual/body image in order to be a good dancer. The girls wear skimpy tight fitted costumes and cake on brightly colored make-up. In one episode, the girls’ costumes were so sexy that they were referred to as “pros-ta-tots.” Is this the image we want young girls to understand as the ideal and as acceptable? Young girls should have positive role models that encourage competitive dance and athletes without all the suggestive clothes and dance moves.

Perhaps the shows name should be changed to “Adults Behaving Badly.” Unfortunately,in many episodes, the dance moms are portrayed as delinquent to society. They frequently smoke cigarettes, drink alcohol and scream and threaten one another. They also argue in front of their children. Many arguments have spilled over into public eye and have caused the girls to cry and hide their faces from the camera.

This show portrays the reality of competitive dance. It exemplifies the stress young girls experience to try to be the best in their sport. Many of them practice 7 days a week and families spend over $30, 000 a year on classes. Everyone should watch the show and see for your sleves. 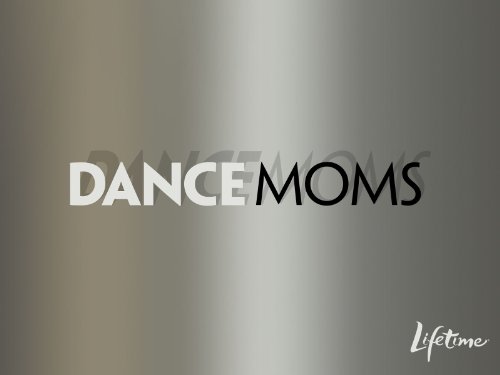 
Buy from Amazon Available on iTunes
The author's comments:
i had to do this is a class thing. every month we do a teen ink, and this is what i chose for my review.
Post a comment
Submit your own

Favorite Quote:
You are only limited by your own imagination!

View profile
Agreed, this show is a total waste of air time. It seems nowadays producers will put just about anything on television and call it a "reality" tv show. The reality of this show is the portrayal of pure stupidity. Yelling, fighting and spoiled little brats make up this thing. Definately a show that makes it way up there with the Kardashians, it's that stupid.
klegault SILVER said...
on Apr. 6 2014 at 2:44 pm
klegault SILVER, St. Thomas, Other
9 articles 61 photos 17 comments
View profile
As Dance Moms is one of my favourite series, I feel quite the opposite as you do. This show is absolutely amazing! Go Maddie!
mandy_pandy said...
on Oct. 15 2012 at 3:34 pm
this was awesome! I actually met all of the dance moms girls!!
LeeAnnaMarie SILVER said...
on Aug. 7 2012 at 8:19 am
LeeAnnaMarie SILVER, Pittsburgh, Pennsylvania
6 articles 0 photos 14 comments

View profile
Another thing, they don't "frequently smoke cigarettes or scream and threaten one another" yes they do SOMETIMES drink achocol, but not all the time.
LeeAnnaMarie SILVER said...
on Aug. 7 2012 at 8:13 am
LeeAnnaMarie SILVER, Pittsburgh, Pennsylvania
6 articles 0 photos 14 comments

View profile
This show is so flipping awesome. I don't care how much I hat e some of the moms, I love this show more than I love my family.